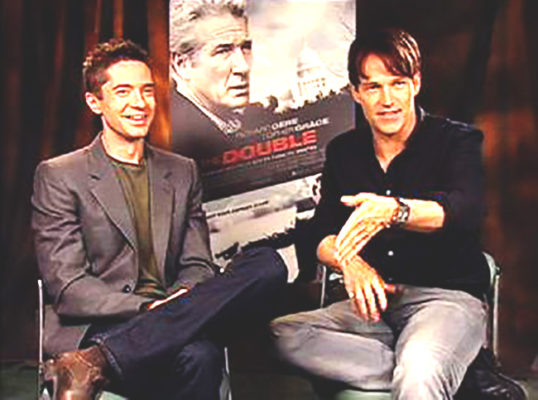 Stephen Moyer fans know that he is very animated and funny when he chats with you, but both he and Topher seemed to have caught a case of the giggles in this interview, as you’ll see in the video below. 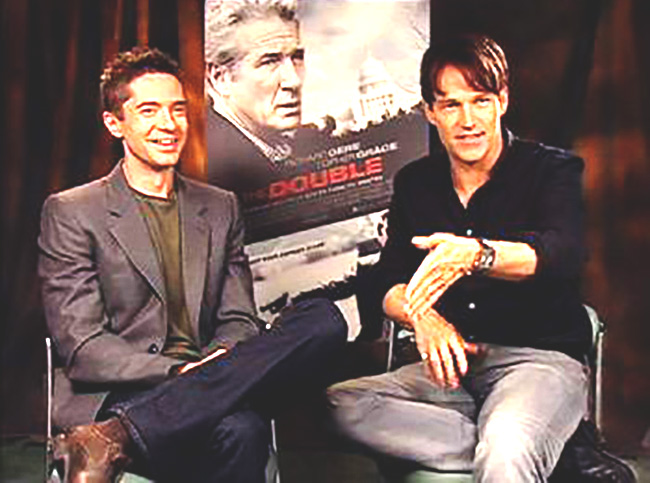 The plot may be serious, but actors Stephen Moyer and Topher Grace were anything but straight-faced when they sat down to chat with sheknows.com about The Double.

“There’s been some good boots in here,” Stephen commented when SheKnows arrived in the actor’s interview room at The Avalon Hotel in Beverly Hills. “What, I’m a foot fetishist!”

The conversation kept a steady stream of silliness the entire time as Stephen teased Topher about his secret late-night career as a drag queen and Topher joked that Stephen learned to “speak Vampire” from watching Sesame Street’s Count Dracula.

The only time these two really got serious was when the topic turned to their uber-famous costar, Richard Gere.

“He’s a great guy,” Topher told us. “If I could go back in time to 15-year-old me and say, ‘Hey, not only do you become an actor, but you’re in movies and you get to partner with Richard Gere in a political thriller,’ I would really not believe you.”

Stephen was equally in awe of the great Gere, telling SheKnows, “He’s incredibly generous and soft-spoken, but I just kept trying to penetrate, and kept fighting, trying to get underneath to get him to talk. Eventually, I think he kind of just went, ‘Alright.‘

Sorry, the video from this interview is no longer available.