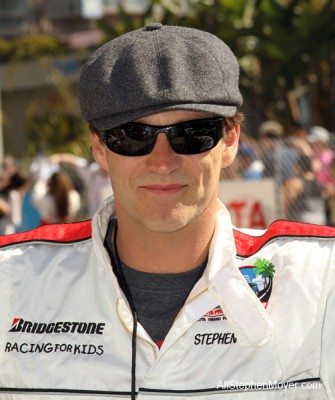 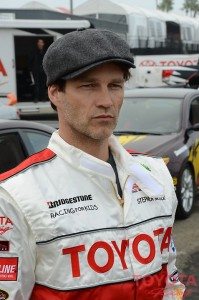 Stephen Moyer is among those on Top Celebrity Race Car Drivers list by Yahoo! Sports. Stephen Moyer has made this list because of his expertise at driving during the race, flipping his car and surviving while raising money for charity.

“True Blood” star Stephen Moyer was racing for his favorite charity when he became involved in a dramatic crash in the 35th annual Toyota Pro/Celebrity Race in Long Beach, California last spring. Fortunately, he emerged unscathed, and the fearless actor seemed ready to take on the challenge again.

AllStephenMoyer.com was at the racetrack and followed Stephen around, read Lynnpd’s exclusive report here.

There is no word yet if Stephen will give the Toyota Pro/Celebrity Race another try this year.