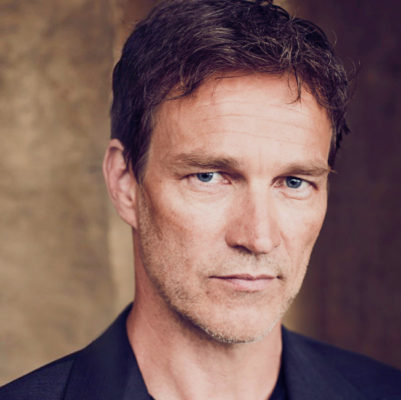 We’ve known that Stephen Moyer went across the pond last week to work on something, but what it was we didn’t know.  Finally, we know that he has signed to star in Tom Paton’s space adventure G-LOC, which has started shooting for three weeks for UK producer-financier Goldfinch.

Stephen has been posting many photos on Instagram and Twitter for York, so we’re not surprised that the production is taking place at the company’s own studio facility in York in northern England. Stephen will star as a man who flees Earth through a portal called The Gate to find a hoped-for home on the planet of Rhea.

The story of Bran Marshall, a young man who has fled from Earth through The Gate to find a new home on Rhea. But the early human settlers of Rhea have decided that they will no longer accept refugees from Earth.  This sparks an adventure of discovery as Bran.  He is forced to team up with a Rhean woman named Ohsha Rainer.  They attempt stop her ship from killing thousands of Earth Refugees. Along the way they become the best hope that the next generation of mankind has to co-exist with itself.

We have seen Stephen in some space sci-fi films in the past, one such a film was Trinity (2003). Read more about it by clicking on the banner below:

Goldfinch previously executive produced Paton’s horror film Black Site which is being sold internationally by Epic. Epic also has UK rights and the UK director’s sci-fi Stairs. The latter is now in post.