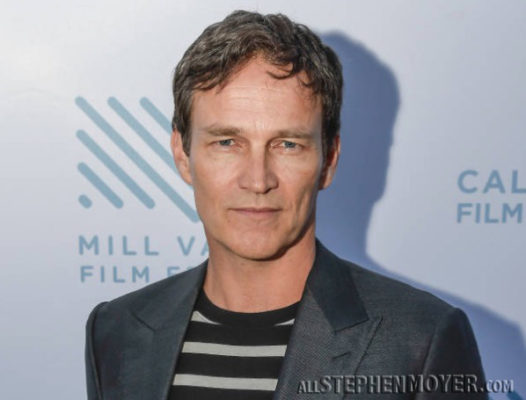 Stephen Moyer will star in the new Canadian spy drama “Fortunate Son.” His co-star will be Kari Matchett from “Covert Affairs.” The series, which is set in the social and political chaos of the late 1960s, is produced by NBCUniversal-backed Lark Productions and Wynonna Earp producer Seven24Films for CBC. 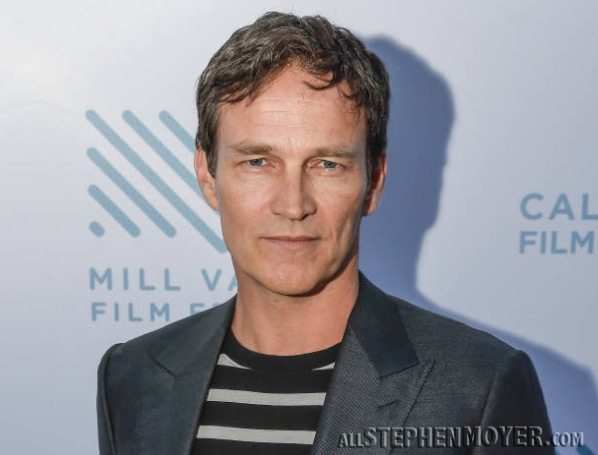 Earlier this morning Stephen Moyer tweeted about joining the production of Fortunate Son (see tweet below):

Stephen stars as Vern Lang, a CIA agent and Matchett plays Ruby Howard, an American who fled to Canada as a fugitive from the law.

Set in the chaos of the late 1960s, the Vietnam War and the anti-war protest movement, Ruby helps smuggle Vietnam War deserters and draft evaders across the Canadian border. What she doesn’t know is how these actions will unfold and who is watching her. Chilling Adventures of Sabrina and Giant Little Ones star Darren Mann (right) plays Travis Hunter, a Vietnam war deserter whose troubled past follows him into Canada and the lives of the Howard family,

Production has started in Calgary on the show, which will launch on CBC and its streaming service CBC Gem in winter 2020. NBCUniversal has international distribution rights. It was created by showrunner Andrew Wreggitt (Pure). Executive Producers are Wreggitt, Tom Cox, Jordy Randall and Erin Haskett. The series is produced by Brian Dennis. Stefan Schwartz is Co-Executive Producer, while Jessalyn Dennis is a Consulting Producer. Stefan Schwartz (The Americans) and Ken Girotti (Vikings) are directors.

“Fortunate Son takes us back to a period in Canadian history that we haven’t yet seen reflected dramatically on CBC, and given today’s sense of political and social unrest, now is the time to tell this story,” said Sally Catto, General Manager, Programming, CBC. “The series feels relevant and relatable to Canadians, and we look forward to watching the cast bring this gripping drama to life.”

“Fortunate Son is about espionage, political activism and love, loyalty and healing. The world seemed on the brink of cataclysm in 1968. Divisions between races, generations and sexes seemed irreparable,” added Wreggitt. “But there was also a sense of optimism, a belief that change was possible and everyone had a role to play. The world is still plagued by many of the same issues of 1968, but we see that same growing activism and drive for change today.”

Hmmm, I wonder if they will be using Creedence Clearwater Revival’s song? Ya think?

Source: deadline.com and a tweet from the man himself, Stephen Moyer.,