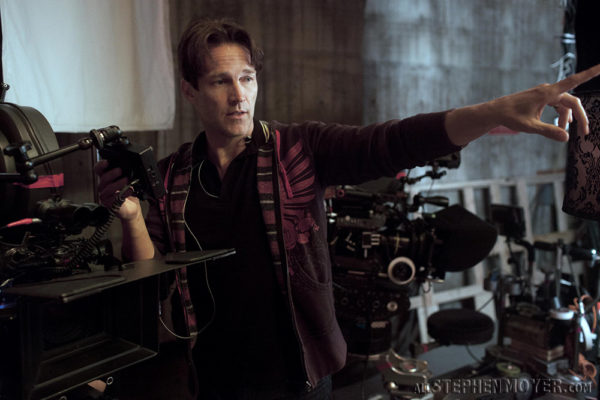 Stephen Moyer to direct 2 episodes of Flack. As reported yesterday, Pop TV is giving CASM’s limited series Flack another run with a second season. Six episodes have been ordered for the second season, which will include two episodes directed by executive producer and Paquin’s husband/True Blood co-star, Stephen Moyer.

The dark comedy follows Anna Paquin as Robyn, an American and publicist working out of London.

Paquin will reprise her role as Robyn, who at the end of Season 1, saw her work and personal lives collide in a catastrophic way.

“One of the most exciting pieces of feedback I received after the season finale of Flack was people begging for more episodes so they could continue to ride the intensely exciting rollercoaster of our show and find out what the future has in store for our characters,” Paquin said.

Thankfully their prayers are being answered as the actress confirmed the Season 2 news and made this promise:

“This season I can promise even more darkly comedic client dramas as well as a fascinating insight into the tumultuous personal lives of our exceptional ensemble of badass women.”

Read more about the second season at: cadillacnews.com