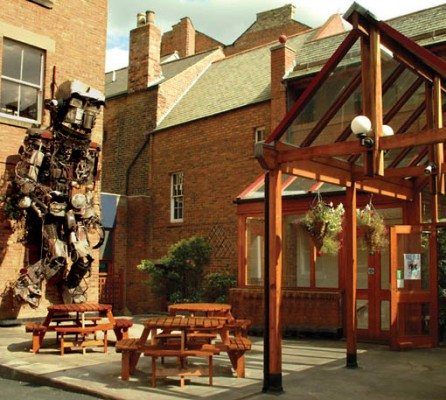 After graduating The London Academy of Music and Dramatic Art he landed a part in the musical “The Iron Man” by The Who guitarist Pete Townshend. Singing has always been one of Stephen Moyer’s passions. He started in his local church and various school productions. By his late teens, he and some school friends had formed a rock band called Prophecy of which Stephen was the lead singer.

Released in 1989, “The Iron Man” is an adaptation of the Ted Hughes book with the same name. The stage version premiered at the Young Vic theatre in London in 1993. Stephen was part of the men chorus and also played the role of “Picnic dad”. 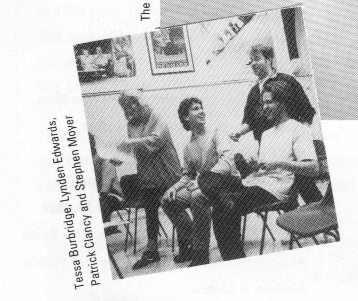 The musical tells the story of a boy and a metal-eating monster. Hogarth, the boy, saves his village by trapping the monster, who has been munching all the machinery in town. But Hogarth eventually befriends the Iron Man. And when the world is threatened by the scary Star Spirit, the Iron Man battles her and triumphs. In the end, the Star Spirit realizes she can be a force for peace and harmony in the world.

A review from November 27, 1993 in the Los Angeles Times mentions that “the production is modestly budgeted and essentially for children. The set features a junkyard setting, complete with the shells of old cars, and a gigantic Iron Man, with moving arms and legs, who is made anatomically correct by the clever positioning of a motorcycle gas tank. Above the stage are musicians playing guitar (almost entirely acoustic throughout the show), keyboards, drums and cello.”

In both this review and the review on the Independent there is praise for the enthusiasm of the youthful cast.

The original Iron Man stage puppet used in the production can now be found at the Gallery Café at the Newcastle Art Centre. 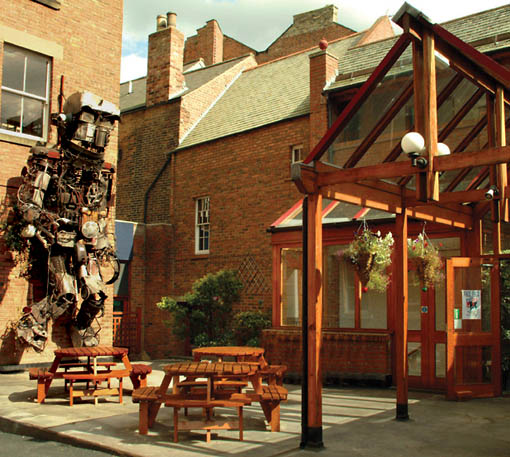 The original 1993 theatre programme of “The Iron Man” contains information about composer Pete Townshend, the story of the rock opera, a list of songs and recitatives and an overview of cast and crew.

Stephen Moyer can be seen on two photos in the programme and there is also a short bio included.