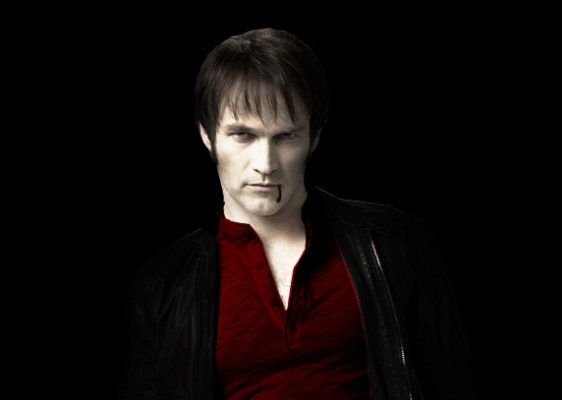 In this interview, TVaddict.com found out some interesting information from Stephen Moyer about Season 3 of True Blood. The talented and charming actor was kind enough to take some time from shooting to discuss his small screen alter ego Bill Compton, the upcoming Emmy nominations, and what it’s like being part of the phenomenon that is True Blood. 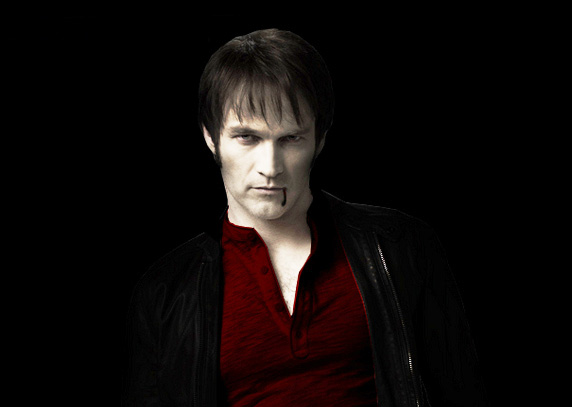 As an actor, you’ve made a successful career of segueing between stage and screen. Do you ever find it daunting to be a part of a series that’s not only a phenomenon, but has also turned you into a household name?

Stephen Moyer: The show is so amazing, it’s so much more than any of us ever thought it was, including Alan (Ball). I think Alan had this amazing vision for what it could be. I think it has out-crazied anything that we thought could be. I have never wanted to do a television series for seven years, it was not my idea of what it meant to create a character. I always wanted to do the character and leave it behind. The amazing thing about this is that it just keeps growing. You keep being given stuff that you haven’t done before, and our writers and creators kind of try and make the characters more and more complex at every turn. The bigger it gets, the more extraordinary it becomes, that’s the truth of it, and the more fun it becomes.

Looking at your resume, this is the longest that you’ve stayed with one role. Do you find it challenging at all to keep things interesting while playing the same character?

Stephen Moyer: We do 12 episodes and it’s a 6 or 7 month gig, and that helps, because you do get 5 months off. I’ve never worked on a show before that feels so much like a family. When we get back, there’s always this wonderful surge of excitement and adrenaline and re-kinship with best friends.

In terms of the whole vampire and werewolf genre being everywhere lately, from TV to film, what do you think it is about this world that’s been created by Charlaine Harris, Alan Ball and the TRUE BLOOD team that sets it apart from the others?

Stephen Moyer: I think it’s very difficult to do a show like this without there being metaphors. I think all science fiction is a framework to play out the metaphor that the writer is trying to bring to it, whether it’s space – by that I mean aliens – or werewolves, or vampires. They’re doing something that is outside this world, that gives you the opportunity to say things that you may not be able to say in a normal relationship because the stakes are bigger, the emotions run higher. It’s life and death at every turn, and therefore the reactions to those things become interesting. I never thought that I wanted to be on a vampire show necessarily. I had done one in fact, in 1998 in England, which had a new way of looking at vampires as a subspecies in the hierarchy of society. So I was kind of aware of how the genre could be. I don’t think any of us were aware of how far we’d be able to talk about sexuality, and about race, and social divisions, all of those interesting things that Alan touches upon.

If you were to play writer for a moment, is there anything you’d like to see for your character, and will we ever see Bill have some fun?

Stephen Moyer: (Laughs) This is a tough year for Bill, obviously, just by the very nature of what’s happened. He’s been separated from his love, and even from his progeny, his kind of prodigal daughter, Jessica. He’s had to sort of work in isolation away from everybody else, so there’s not really much chance for a bit of stand-up for a change for Bill. I would never dare to tell anyone how to do their jobs, but I would hope that Bill can learn from some of the mistakes that he makes, and maybe, perhaps, just lighten up a bit. But it is good to have somebody at the centre of the show that takes things seriously, and it’s obviously a very different kind of anchor to what Eric is.

True Blood has taken home some awards since its debut, but the Emmys have always been very slow to recognize genre television. With the Emmy nominations on the horizon, do you feel that awards and accolades matter?

Stephen Moyer: I think if I were a viewer, if I had nothing to do with the show, I, as a fan of drama, probably wouldn’t have watched True Blood purely because of my prejudices against what I would have thought a vampire show was. I think that what the awards do is bring it to a wider audience and make people realize that what our show is doing is not just run of the mill. It’s quite interesting from the outside looking in how different awards view different shows. The Emmys don’t seem to traditionally go for genre shows. I’m not sure that any of us expect anything from the Emmys, to be honest. It would be a lovely surprise if it happened, but I don’t think any of us are expecting anything.

Without a doubt, there is a huge fandom behind the show. What has been the strangest fan interaction that you’ve experienced so far?

Stephen Moyer: The fans are incredibly respectful. They love the show, they love being a part of it, they love learning what’s going on. All of us, from myself, to Anna, to Ryan, to Alex, have all commented to each other about just how wonderful they are. You do get the odd weirdness, but it’s more the kind of stupefied silence, the universal thing that seems to come across people when they see us. They can’t believe that me and Alex are walking around during the day, with suntans.

Stephen Moyer: I get asked to say Sookie rather a lot. And that’s all right! It’s so wonderful being in a show that you’re happy to talk about. Lord knows we’ve all been in things that we get paid to talk about that we would rather not. Being in something that you actually respect and love, it’s very different.