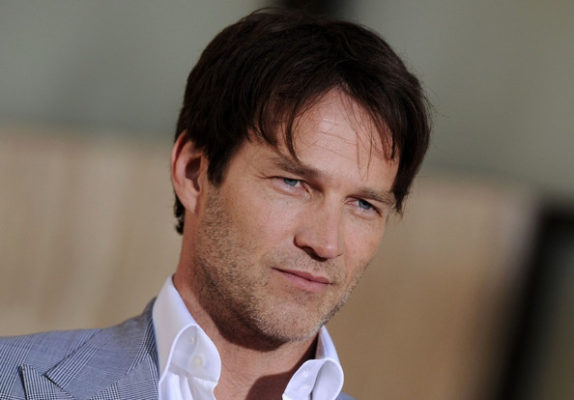 Stephen Moyer sat down for an exclusive interview with Abbie Bernstein who is Staff Writer for Assignment X recently.

Below is a portion of the interview, published in February, where Stephen talks about CASM’s new TV show Flack  and directing The Parting Glass . 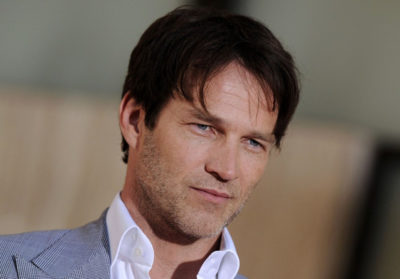 As his fans know, Stephen is an executive producer on FLACK, along with Anna Paquin herself and their partners in CASM Films, Cerise Hallam Larkin and Mark Larkin.

STEPHEN MOYER: When the piece came to us, we felt like, they’d come to us [at CASM Films] in America, we were trying to produce work in America, so we got together with Jimmy and the producers, and said, “Okay, so what would this look like? We’re going to do an American version, right?” So we said, “Does it take place in L.A., does it take place in New York?” We talked about that. “Where shall we set it?” So Ollie, in a way, constructed this piece as a British piece, and then what was great was, we worked on the script, and Ollie came back with an American version, which was excellent. And pretty much soon after that, this British network [UK TV] said, “We’d really like to do it.” So we went back and made it British. And that was that. And then Pop TV joined on, and it was brilliant. Because what actually came out of that was that, when it was [initially] British, it was all British. Anna’s character was British. Then when we went to America, everybody was American. So when we went back to England, we went, “Well, what about if it’s an American transplant in England?” So we sort of crossed two countries, and I think it works really well for an American audience to see Americans in England, and likewise for the English audience.

AX: The projects that you’ve done through CASM Films so far, either you’ve directed, or Anna Paquin has been in them, or both. Was CASM set up so that one of you can multi-task, or is that just what’s happened?

MOYER: Certainly, we’re in a position where people are often interested in the work if one of us is attached. We have a piece right now that neither of us would be in, which would be as producers, so we’re very excited about that. Because we really want to set ourselves up as sort of doing everything. And if something comes in that we both love but we’re not right for, it doesn’t mean that we would turn it away. We want to create great content.

AX: But even if you’re not right to be in it, you might still be able to direct it …

MOYER: That’s also true. We’re always looking at that. Anna will direct something at some point. So we’re really trying to keep the window open to every eventuality. We haven’t really talked about acting in the same thing at the moment, but I like directing Anna, she likes being directed by me, she’s going to be an amazing director one day, I’d love her to direct me, so who knows? It’s really not a question of having any set parameters of what we do or we don’t do.

MOYER: It’s all material-driven. We still have bills, we still have children in school, we still have mortgages. I would love to get to a place in my life where all of those things are being paid for, and I can sit back and then really pick and choose. Not many people get the chance to do that, I’m not at that point yet. I’d love that. So if that means that something like this gives me an opportunity not to have to work [as an actor] all the time, then hopefully I get to choose the things that I do. So I do want to act, but it would be really nice not to spend too much time away from my kids. My current job [acting in THE GIFTED] is in Atlanta, so that’s seven months away a year. It’s a lot.

AX: You also directed and produced a film, THE PARTING GLASS, which Anna Paquin has a role in and which was written by your mutual TRUE BLOOD acting colleague Denis O’Hare. What’s going on with that?

MOYER: We had the world premiere at the Edinburgh Film Festival, we had the European premiere in Prague, we are [doing] the festival circuit in North America.

AX: And what would you most like people to know about FLACK?

MOYER: I think that out of all the projects that we’ve had, and there have been twelve or fourteen, FLACK has been the one that, from the very moment that I felt it in my hands and I saw it, I thought it had a possibility to be brilliant. One of the things that I think we’ve tried to do with this show is something that doesn’t happen very often. About four or five years ago, the Emmy panel decided that half-hour was comedy, and that hour was drama. And we always felt that this could be both. We feel like it’s a drama, but it’s f**king funny, and just because it’s an hour long doesn’t mean that it’s not a comedy, because it is. So I think that we’ve created something that is kind of unusual, and a little bit of an anomaly in the current world. I think it does everything that we would want it to do, and more, and I hope people will appreciate that.

Read the rest of the interview where Stephen talks about The Gifted at: assignmentx.

Thanks to @realrhondda for the find.