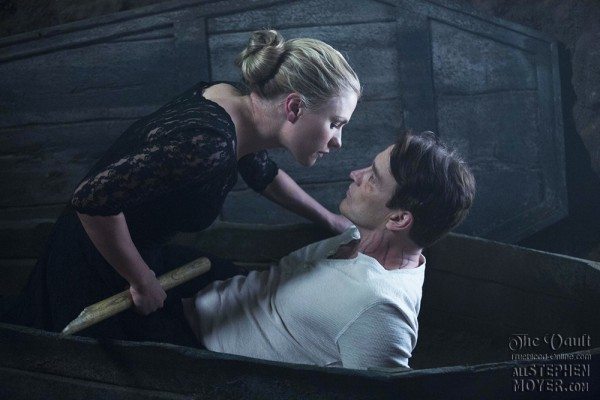 Could there be a True Blood revival? If so, wow, things sure have changed in the three years since True Blood Ended. At that time in August, 2014, everyone on the show felt it was time to end it and that the story had been told. However, now in a new installment from Stephen Moyer’s interview with Digital Spy for his upcoming series Safe House on ITV, he talks about the odds of a True Blood revival, saying: “It’s very possible.” 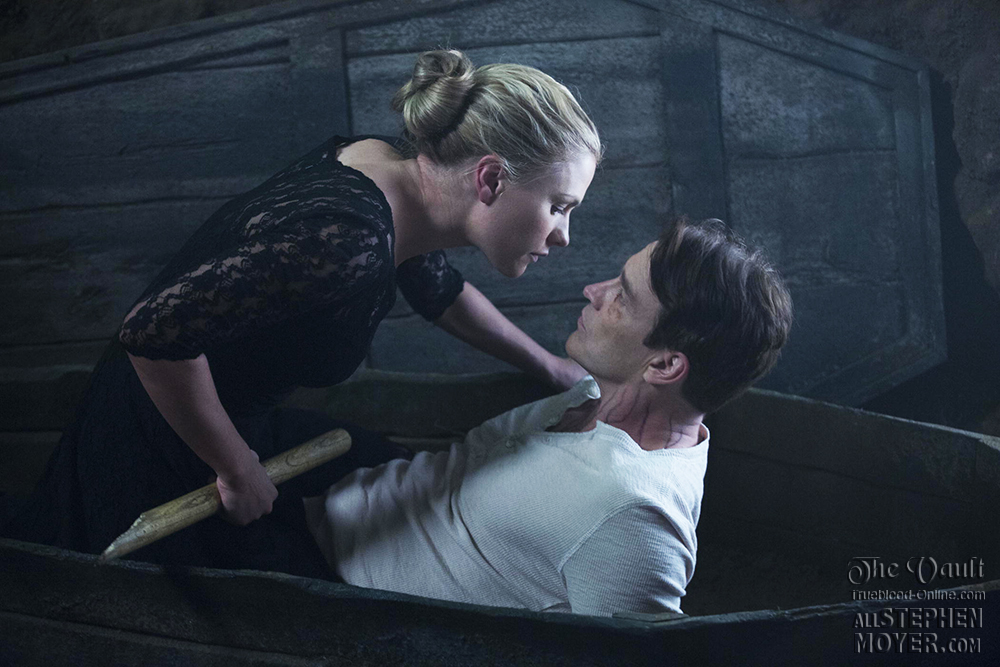 Stephen, said that the cast and crew of the HBO series had an “amazing time” filming it, and confirmed that Charlaine Harris, will be having further work adapted by the network.

“Charlaine has just had another bunch of her books greenlit to go to series,” he told us. “Alan had an amazing time on that show.“

Despite his fondness for the series, Stephen did go on to say that he wasn’t certain that the main cast would all return, were there a reboot.

“We all got… it was exhausting,” he said. “I’m not sure Anna, myself or Alex would go back.”

However, he then seemed to have a change of heart, adding:

“I don’t think we’d say no, because I think it’d be a giggle. But I’d have to have a facelift or something, because vampires aren’t supposed to age!“

As for the direction a revival could take? There’s one character that Stephen has his eye on for the show to focus on.

“I always wanted a spinoff for… my favorite character is Arlene, the redhead waitress,” he said. “I always felt that Arlene – she’s a phenomenal actress, Carrie Preston. She won Emmys for The Good Wife.”

However, while we here at AllStephenMoyer would welcome a continuation of True Blood, we just don’t think it’s going to happen. Besides, Bill was killed at the end of the series. Could he come back?  I suppose anything is possible.

Still, all is not lost as there is something else to look forward to. Nathan Barr has written a musical of the show with Stephen, who, as you know, got his start in the theatre. They even recorded some songs, which led to the project being okayed by both series runner Alan and writer Charlene.

The musical is reportedly set in Bon Temps, just like the HBO series, with cast members such as Ellen Foley, Claybourne Elder and Ann Harada present at a recent workshop in New York.

ASM fans think it would be great if Stephen would do the True Blood musical since he has such a wonderful singing voice, but we also doubt he will participate because when asked in the interview, he replied:

“There was a workshop in New York. I couldn’t do it, obviously, but I wouldn’t do, anyway,” Stephen said.

Tell us your opinion, should True Blood return or not?