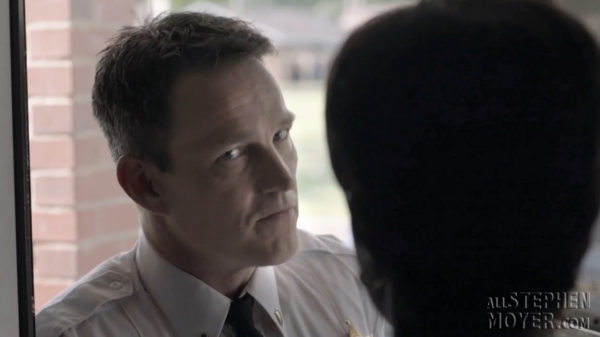 Last night we saw the third hour of Stephen Moyer’s newest series, Shots Fired on Fox. Stephen’s character of Lieutenant Breeland had much more to do in this episode of the series as he was in three principal scenes.

First, we see him in action when a boy gets shot and how he looks after his fellow cop.  Next, he’s playing pool with fellow cops where he gets into an altercation with a retired cop over a petition he is trying to start to get Deputy Joshua Beck fired from the police force. And, finally, just before the end of the episode we see him confront the mother of the boy who was killed and the investigation never happened asking her to be sure to send him any information she finds first. His manner in this scene implies somewhat of a threat, but of course, we still aren’t sure about that.

Below are some sample screencaps from the Photo Gallery of Stephen Moyer from Season 1, Hour 3: 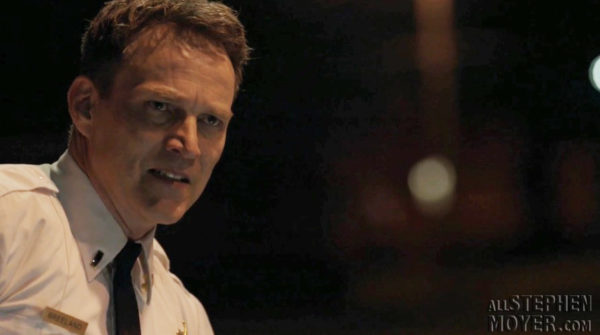 Are you excited to see more about how Officer Breeland deals with all the conflict in his police force and the town in future episodes? Let us know by commenting below!

To read a review of last night’s episode, see this review at Entertainment Weekly.