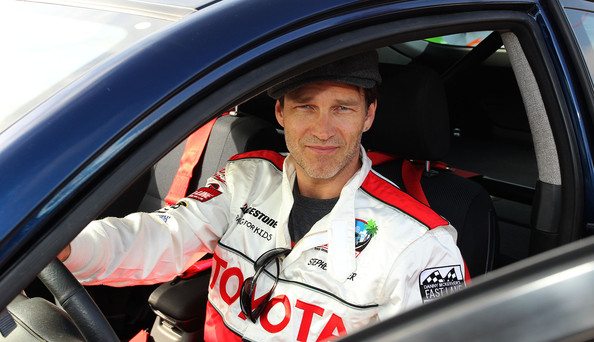 In the video below, while at the Toyota Celebrity/Pro Long Beach Grand Prix warmups last week, Stephen Moyer talks with Kennedy of 987FMradio about what got him into racing.

He says that it was by being a “bad boy” at the age of 13 when he got caught and that he has always loved it.  He goes on to say that “when I was asked to participate in this race, I was just all over it like a cheap suit.”

When talking about True Blood and why there isn’t more male nudity? He replies, “we have the most male nudity of any show in the history of television!”