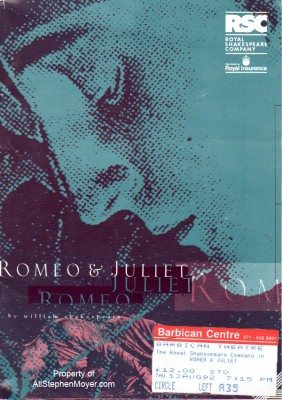 Freshly graduated from The London Academy of Music and Dramatic Art in 1991, Stephen Moyer was hired by the prestigious Royal Shakespeare Company and cast in various roles in plays such as Antigone, Oedipus, Columbus: The Discovery of Japan and Romeo & Juliet. 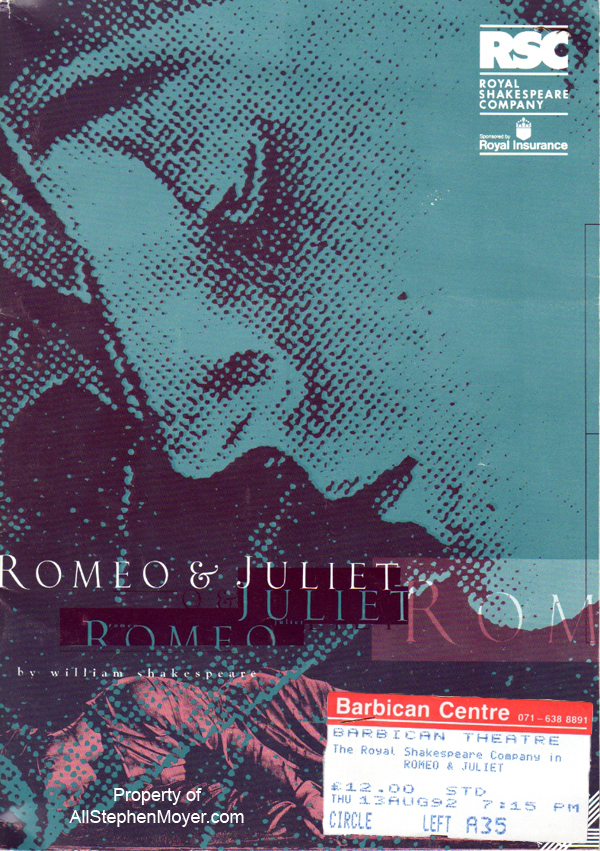 In the 1992 production of Romeo and Juliet that premiered at the Barbican Theatre in London, Stephen stepped out of the chorus and played a character with an actual name: Abraham.

As Abraham, servant of the Montague house, Stephen delivered 5 lines in the first scene of the first act.

“Do you bite your thumb at us, sir?” Abraham says passing the Capulet servants Sampson and Gregory on the street. He proceeds to fight with the Capulets for the honor of the Montague family.

Biting one’s thumb might not seem a valid reason to us to start a fight, but in Shakespeare’s time it was a very offensive gesture, much like “giving someone the finger” today.

The original theatre programme contains a lot of information about the Royal Shakespeare Company and the love story of Romeo and Juliet and even has the ticket attached.
Stephen is named on the cast list and a short bio is included. 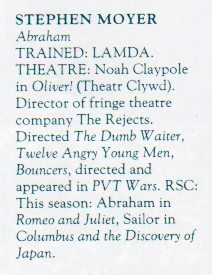