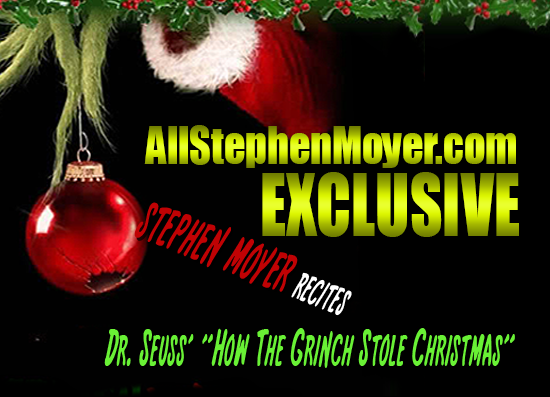 One thing I’ve learned about Stephen Moyer is that he has a very generous and giving nature. I experienced that yesterday, December 11, 2010 when I went to Universal’s Theme Park in the San Fernando Valley, near Los Angeles, CA and heard him read, from Dr. Seuss’ “How The Grinch Stole Christmas”. My friend, Chelsea and I went together to the park yesterday and we had a wonderful time and even got to speak with Stephen after the show (see video below).

See photos from this event in the Photo Gallery

Since we had no way of knowing what to expect, we left early in order to get there in plenty of time to be assured a seat. This is the only performance that Stephen will appear during this special program that continues throughout the Christmas season. We arranged with one of the “Show Control Supervisors” to get up front seats. This was great, since we were way early and therefore, had time to see some of the park before the event instead of spending the afternoon waiting in line.

We got in our special line at about 3:30 pm (the show was scheduled to begin at 4:40 pm). While we were waiting to get in, we saw Stephen Moyer and Anna Paquin walk by on their way to the stage area to get ready for Stephen’s performance. 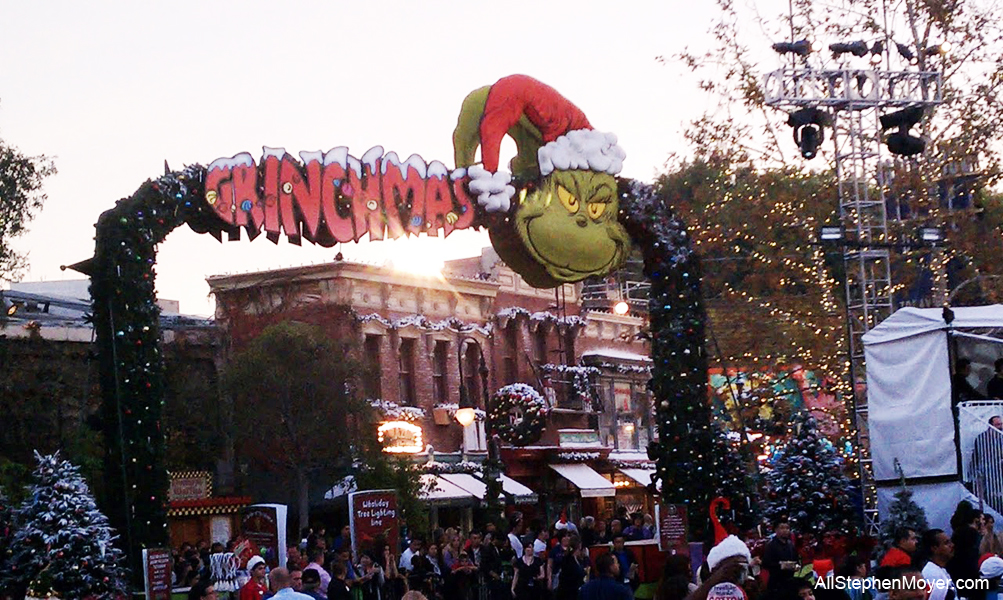 We were among the first of the audience to be admitted to our seats which were very close to the stage, just under the giant Christmas tree. The area had been used earlier in the day as a winter wonderland and a place for the children to play in the snow and get their picture taken with The Grinch. It was probably close to 70 degrees but seemed almost chilly since we sat on benches that were on an icy and slippery floor. We were right in the middle and close to the stage which gave me an excellent view in order to shoot my video.  I set up my video camera and I was able to capture the entire performance.

Although we didn’t have to wait in the long line, many others did and the audience was very crowded, as you can see in the photos below.  The overflow of people was permitted to sit on the ice in front of our area, right up against the stage. The decorations were beautiful and the tree was enormous. 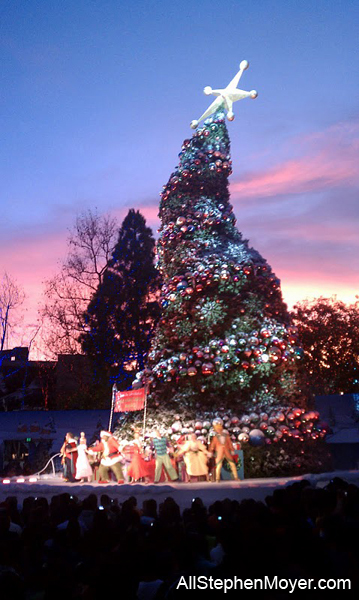 As soon as the performance began, Stephen was announced and he stepped on stage to read. His reading lasted approximately 5 minutes and then he left the stage for the Whoville characters to come on. Stephen’s reading was just wonderful. He read the piece with a lot of spirit and animation. Then, he left the stage and the Whoville characters came on to perform the Grinch story. The whole program lasted about 15 minutes and everyone in the audience loved it, especially the children. At the end of the performance, they lit the Christmas Tree and one child was chosen to push the button to do the official lighting.

See the rest of The Grinch show. 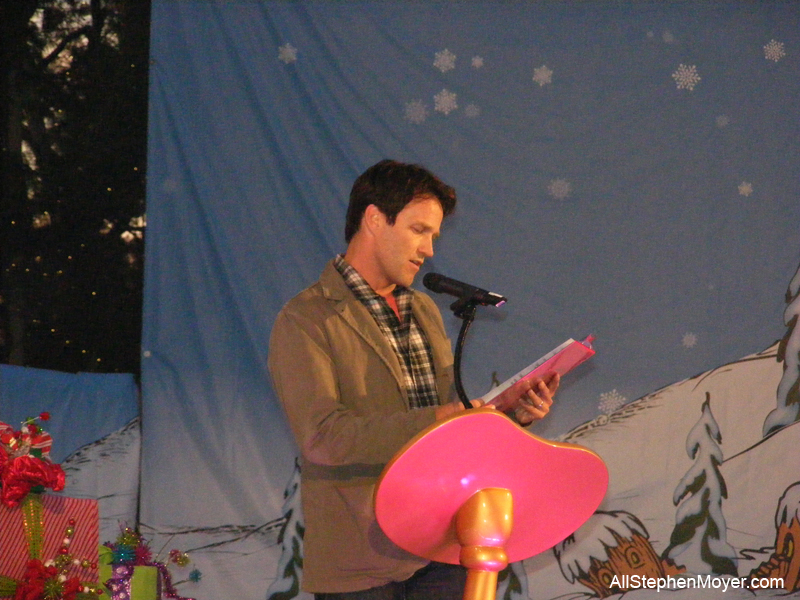 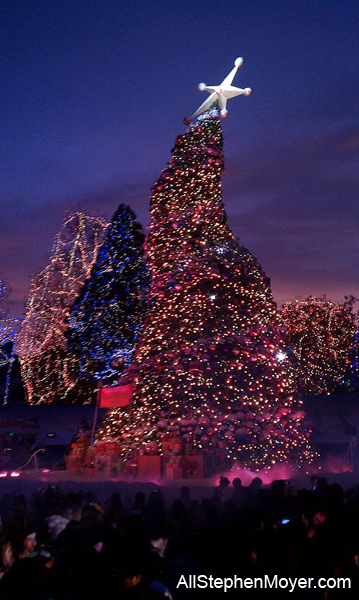 Then, as people were leaving, and we were packing up our equipment, I thought, let’s go around behind the tree to see if Stephen and Anna might still be there. As I walked around carefully, on the ice, I saw Steve and gave a big wave and called his name. He looked up and saw me and immediately came over. We chatted for about 15 minutes about the show and about his playing of the ukulele. Chelsea is very fond of a local band called “The Leftover Cuties” that feature the instrument in their band. They wrote the title song for the TV show, “The Big C”.  She asked Stephen if he had heard of them because they play near by all the time. He hadn’t, but seemed interested and then told us that we should check out the British Ukulele Orchestra. On the drive home, we did just that, and had a great time listening to them.

Below is the video showing Stephen coming to us.

It was a wonderful and magical day that I very much enjoyed and want to say, “Thanks Steve for my lovely Christmas present“.

There are many more photos that can be found in the Photo Gallery: