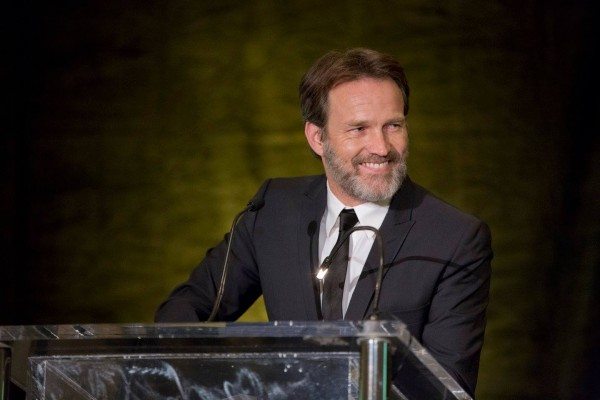 Stephen Moyer addressed past struggles with substance abuse — and his 14 years of sobriety — during a frank discussion on the current state of Hollywood addiction.

Stephen was among a half-dozen addiction experts who gathered Friday at Santa Monica’s CLARE Foundation, a nonprofit treatment facility serving L.A.’s Westside since 1970, for the panel. 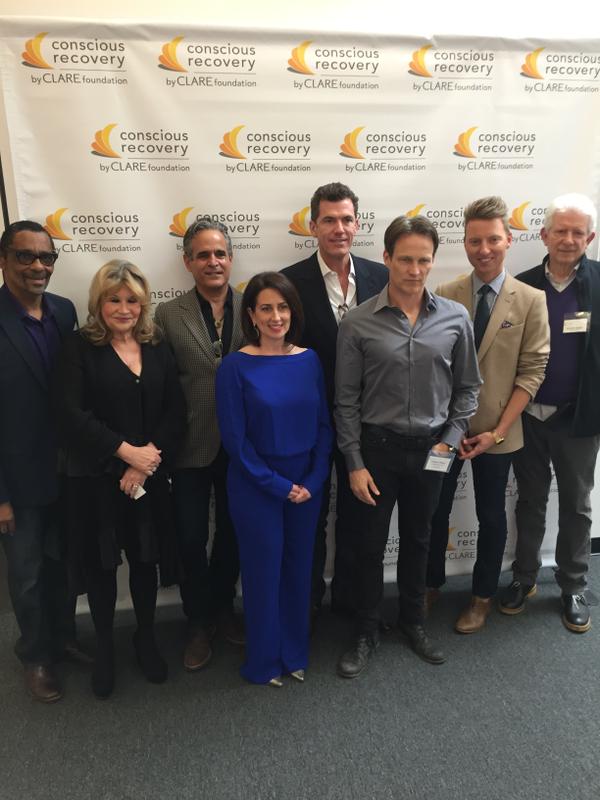 Moyer has been a board member at CLARE for five years. Before that, he served as a group leader for “drug court,” a group-therapy meeting for individuals convicted of drug and alcohol-related offenses.

“It’s pretty much the only place on the Westside that deals with people who don’t have huge funds to get their lives back together,” he told The Hollywood Reporter after the panel. “I was very attracted to that aspect of it.”

The actor, who moved to L.A. from his native England after being cast on True Blood eight years ago, has never spoken out publicly about his sobriety before. But, he adds, it’s something of an open secret in the beachfront community he now calls home with his wife, Anna Paquin. (Paquin, 32, played love-interest Sookie Stackhouse to his vampire character Bill Compton on the HBO horror series, which concluded last August after seven bloody seasons. They raise twins together — son Charlie and daughter Poppy — born in Sept. 2012.)

“As my wife said this morning, there isn’t a restaurant in Venice or Santa Monica where I would be offered the wine menu,” Moyer said to a crowd of about 100 gathered in the bright atrium of Conscious Recovery, CLARE’s one-year-old out-patient facility on Lincoln Boulevard. Added Moyer, “The Diet Coke, which is the Patron Saint of drinks for alcoholics, gets put before me before anyone even asks what we’re drinking.“

Moyer described coming up through the British theater ranks — he worked with the National Theatre Wales and the Royal Shakespeare Company before transitioning into TV and film — where boozing it up was a rite of passage. “My heroes were [Peter] O’Toole, [Richard] Burton, [Richard] Harris and Oliver Reed,” he said, citing a quartet of famously hard-drinking English actors.

As his career took off, Moyer found himself chasing the highs that came from live performance: “There’s this rush that happens from doing our job, this whirring buzz, and you want to continue that buzz.” Realizing he had developed a dependency, he checked himself into a facility in England 14 years ago. “Like CLARE,” he said, “they worked out a program I could afford.”

While conflicts arose among them over the best way to tackle addiction in Hollywood, all agreed that it was thriving — the Feb. 19 death of Parks and Recreation co-executive producer Harris Wittels, 30, of a suspected heroin overdose being just the latest case to gain national attention.

Gersh hopes the media will not exclusively focus on stories that end in tragedy. “I’m thrilled that Stephen is here today,” he said. “People like him have the ability to get the word out faster than anybody else: That recovery is OK, that life can get better. There’s a lot of high-profile disaster cases where people have turned it around and become successful.”

Moyer agrees, telling THR that addiction — for all the strides made since the founding of Alcoholics Anonymous in 1935 — remains very much a “shame-based” illness.

“Self-loathing motivates the desire to get loaded in the first place, and post-sobriety, there is the shame of admitting all of your [faults],” Moyer said. “It’s about education. And it’s about getting rid of that shame.“

Having several members of my own family who suffer from addiction, and having personally toured the Clare Foundation facility seeing the “good work” they do there, we applaud Stephen for his honesty and courage to open up and discuss something so private in order to help others who suffer from addiction. Stephen Moyer continues to inspire his fans and I always try to follow his example by following his motto “embrace the fear.” Bravo Stephen!