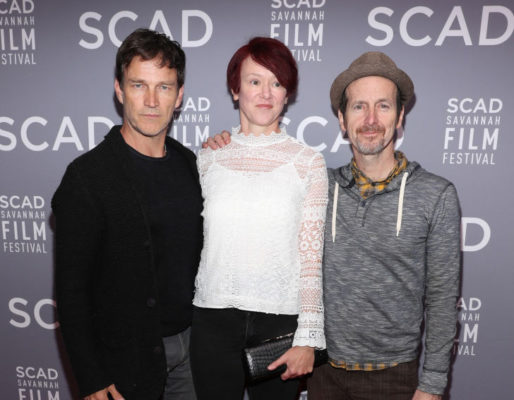 Stephen Moyer, Cerise Larkin of CASM Films and writer, Denis O’Hare attended the 21st SCAD Savannah Film Festival opening night tonight October 27, 2018, in Savannah, Georgia. On Sunday, CASM’s filim, The Parting Glass will be shown at the festival with a Q&A after the screening.

It appears that the dress code for the evening was casual and the three CASM reps seemed to fit the bill perfectly.

In the video below we see Stephen Moyer and Denis O’Hare talking to the press about their film. There part starts at about 12:46.

Below are photos of Stephen Moyer who directed the film, with Denis O’Hare (the film’s writer) and Cerise Larkin (the film’s producer).