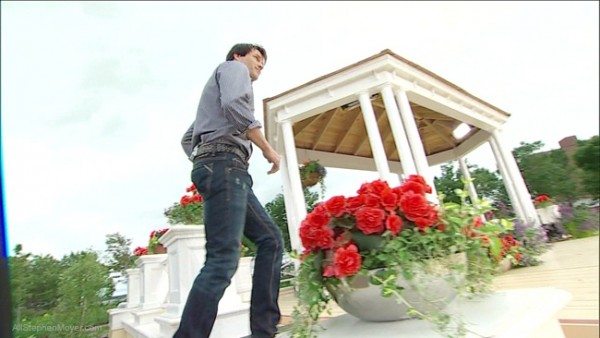 This morning the segment in which Stephen Moyer appeared on the Live with Regis & Kelly show aired in the US. It had been recorded on July 12 while the show was taping a week on Prince Edward Island. Below is a video of his appearance and some screencaps. During the interview, Stephen spoke about falling off a horse while filming a scene in True Blood with Denis O’Hare who plays Russel Edgington, King of Mississippi. We reported on that event back on January 9 when it happened and you can read about it here.

Below are photos from the show:

Thanks to ThelLou and LifeIsNotEasy for the video and the screen caps.