Stephen Moyer tells about his method to look good in his True Blood nude scenes to Rachel Ray below. I’d say he was pretty successful, wouldn’t you? 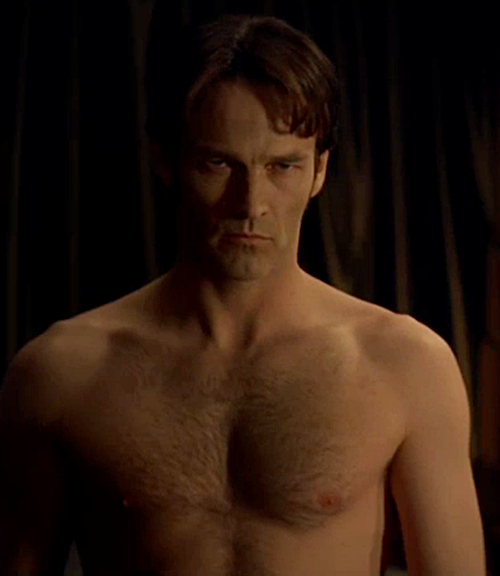 A vampire’s diet may seem simple, but keeping an otherworldly figure is a bit more of a challenge, reveals ‘True Blood’ heartthrob Stephen Moyer.

“I just shot a nudie scene for the third season of ‘True Blood,’ and when I have those, I don’t eat for, like, 13 days beforehand,” the actor tells Rachel Ray in the new issue of her magazine, Every Day With Rachael Ray.

Like his character, Bill Compton’s preference for monotonous meals, Moyer can’t complain when it’s time to whip out his fangs.

“When I drink ‘blood’ on the show, it’s actually sieved raspberries blended with a little bit of pomegranate juice,” he says. “Not a bad deal: Drink your girlfriend’s blood and be healthy, too.“