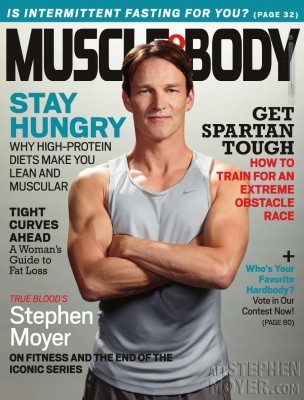 Stephen Moyer covers Muscle & Body Magazine this July with a full spread and interview. Muscle and Body has already featured two other True Blood stars, Ryan Kwanten and Joe Manganiello on their cover and now it’s Stephen’s turn. When reading the interview you’ll learn about Stephen’s aversion to “sweaty workouts” but his realization that it actually makes him feel better. He plans to continue to exercise and stay fit, but mostly in the boxing ring now. His Grand Dad was a boxer and as any Moyer fan knows, Stephen loves the sport. He says he’s not particularly good at it, but likes being in the ring.

He also discussed True Blood and the end of the series and what that will mean for him.

And, by the way, Stephen looks great!

Below are scans of the article from Muscle & Body Magazine 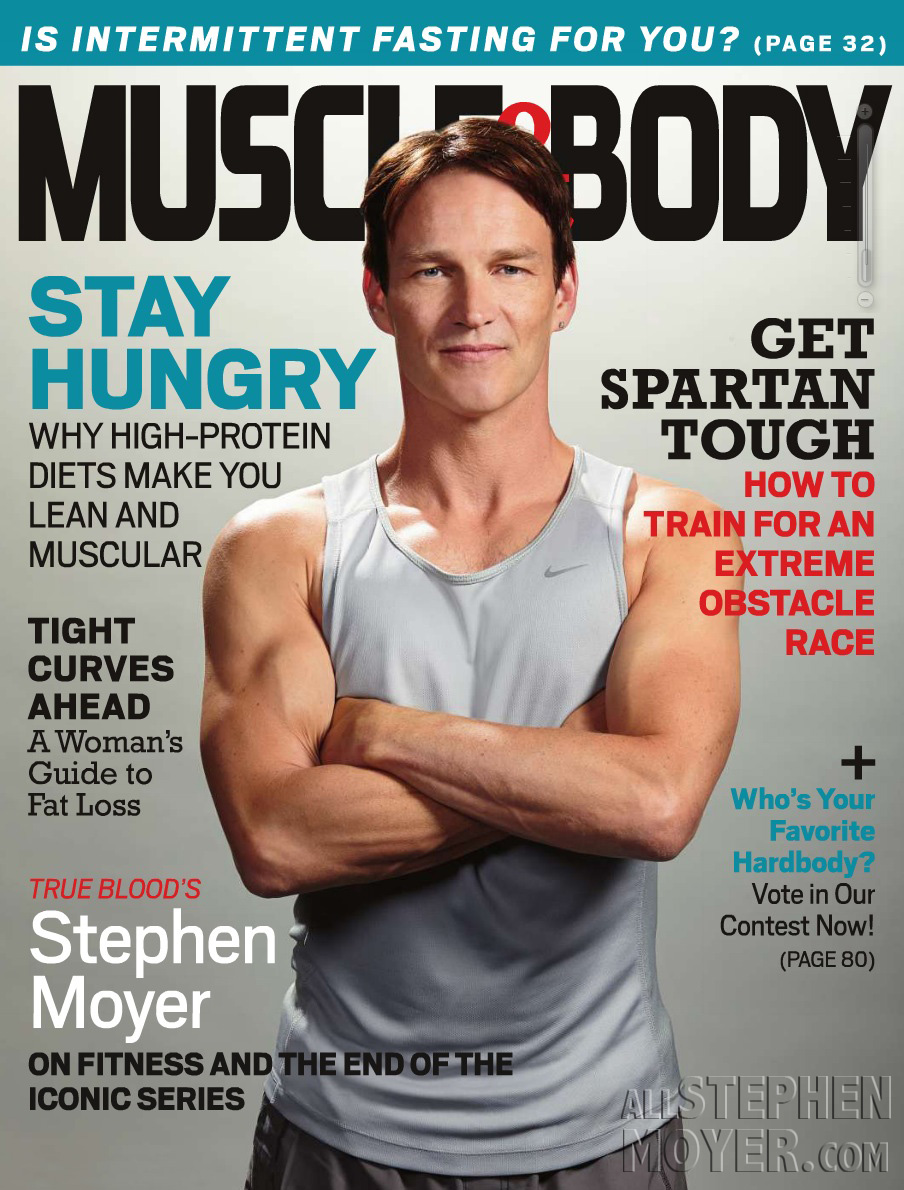 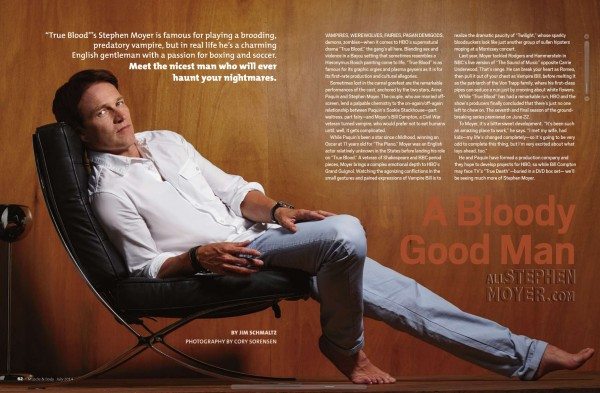