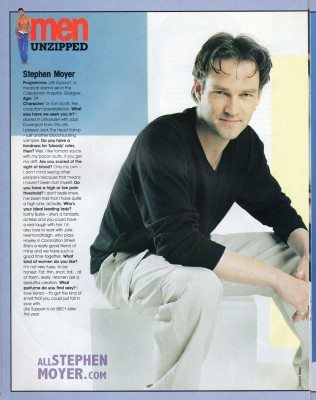 Before True Blood Stephen Moyer never did a lot of press, so finding him in a magazine from 1999 is like a finding a rare treasure.

The April issue of the UK magazine MORE! featured a special to inform us girls how the other half thinks, including one page Q&A’s with several young and hot British actors. The 29 year old Stephen Moyer was one of the featured hunks.

In 1999 Stephen played the part of Dr Tom Scott in the series Life Support, where he appeared in 5 episodes. No doubt all his patients suffered from high blood pressure and heart palpitations as soon as Dr Tom stepped into the examination room.

Unfortunately Life Support is one of Stephen’s works that we haven’t seen yet, so if you know where to find it, please let us know.

Special thanks to the very generous Billsbabe who procured this magazine for AllStephenMoyer.com. 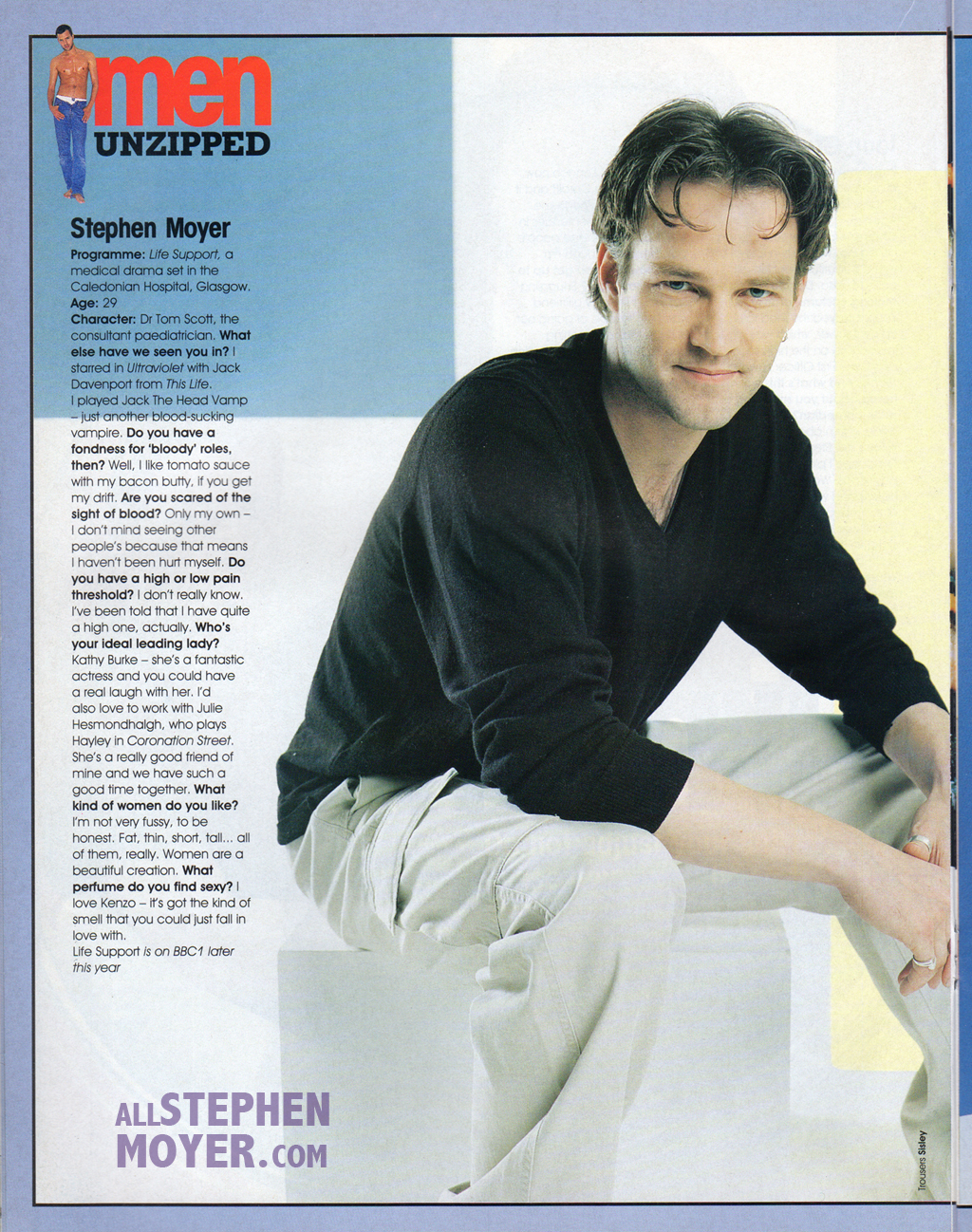