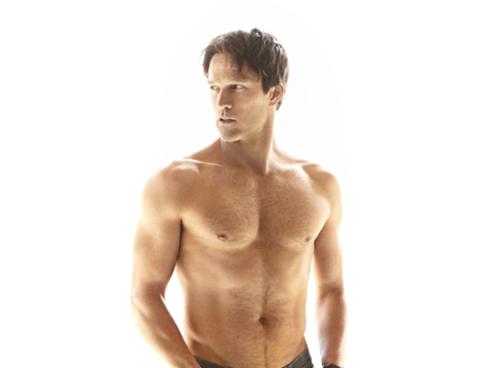 Woo Hoo! We knew that Stephen was going to make this list this year. All those pictures we saw of him last year going to the gym, coming from the gym, and even at the gym sure chronicled all the effort it takes to keep his body so trim and muscular. Stephen, you’re looking “mighty fine!” 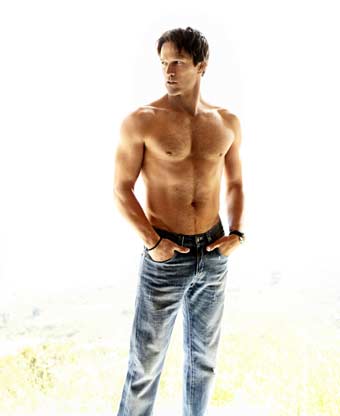 Stephen came in on the list of 25 male physiques at #17 and here’s what Men’s Health had to say about him:

Actor Stephen Moyer often describes himself as lazy. “I find that I don’t [work out] if I don’t have someone making me,” he recently told us. His body tells a different story. The 41-year-old actor is now in his fourth season as vampire Bill Compton on the hit HBO series True Blood, and, true to the show’s risqué reputation, he plans to spend much of his time on screen with his shirt off (although perhaps not as much as co-star Ryan Kwanten). The thought of baring so much skin to millions of viewers was incentive enough to turn up the heat on his typical training gumbo: Push workouts, pull workouts, a little circuit training, some plyometrics and functional work, and a dash of sport-specific training. But his motivation extends beyond simple vanity. “I don’t want my kids to look back on the show in 20 years time and go ‘who’s that slobby git’,” says Moyer. Follow Moyer’s secret training tips to slay your own workout demons.