The new film, “Godzilla King of the Monsters” is said to include Stephen Moyer in a cameo appearance. You may wonder how the director Michael Dougherty knows Stephen. Well, it just so happens that he is the director of one of Anna Paquin‘s films, “Trick ‘r Treat”: which she made in 2007, just prior to True Blood. 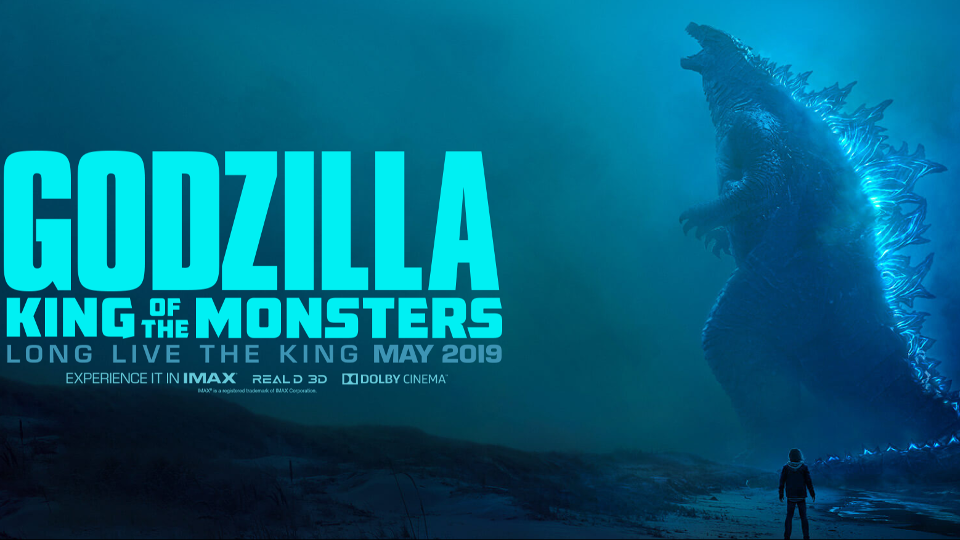 Check out the Tweet from @Lulamaybelle that our own @moyachirps spotted: 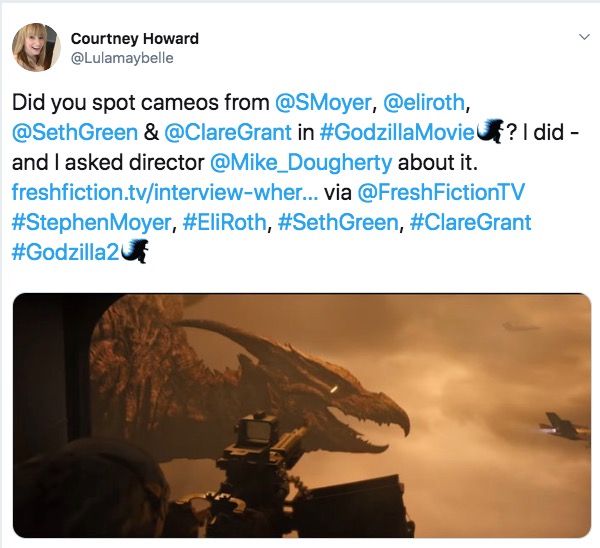 Here’s the promo for the movie.  I did spot a few other stars in the promo, but not Steve. If you see him tell us!

Below is more information about the cameos in the new Godzilla movie:

It’s not unusual for a director to cast themselves in a cameo role in their film. It’s a long tradition – one perhaps made most famous by Alfred Hitchcock. Since then, filmmakers like Martin Scorsese, Richard Linklater, M. Night Shyamalan, Quentin Tarantino, Oliver Stone, Terry Gilliam (and many more) have utilized the disarming fun of surprise for both their own personal sense of enjoyment and the audience’s.

While some of those cameos and roles are more prominent than others, in the case of GODZILLA: KING OF THE MONSTERS, the cameos are so hidden away, they’re almost difficult to spot. However, we caught them and asked co-writer/ director Michael Dougherty about how he came up with the best way to harness this long standing tradition.

As is typical in GODZILLA films, human interference comes into play. After Rodan (the fiery, smoldering giant pterodactyl) is awaken from his Earthly slumber, a squadron of fighter pilots fly alongside him in hopes to take out the threat. Let’s just say it doesn’t end well for them. But for us, the cast of  that elite squad are comprised of a lot of star power, which includes Dougherty, co-writer Zach Shields, Seth Green, Clare Grant, Eli Roth, Stephen Moyer and Dougherty’s college roommate Jermaine Turner.

I knew we were shooting this sequence where Rodan is escorted by these fighter pilots and so I thought, “What a fun way? Do I just use extras or do I give friends who love Godzilla as much as I do a chance to be in a freakin’ GODZILLA movie?” So I chose “Path B” and put out some calls.

It took some logistics and perfect timing to bring everyone together. He continued,

I knew that Stephen was shooting a TV show in Atlanta at the same time. He’s married to Anna Paquin, so we were all buddies. I knew that Eli was in prep on a movie in Atlanta. Seth, Clare and Jermaine, I put out some text messages, “Hey do you want to be in a GODZILLA movie.”

The thrill of being in charge of these sorts of decisions is what gives Dougherty joy.

I love throwing friends into movies where I can. It’s fun for me. I’ve done it in the past. James Marsden has a vocal cameo in TRICK OR TREAT. It’s like playing Where’s Waldo. It’s my own personal Easter Egg. It’s fun to kill your friends with giant monsters.

GODZILLA: KING OF THE MONSTERS is now playing. Read the film’s review here.

I’m looking forward to seeing Stephen Moyer’s appearance in the film, aren’t you?

Thanks to @moyachirps for pointing to this article about Steve’s cameo.