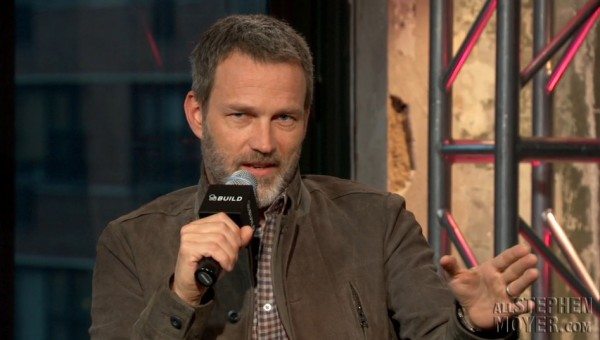 Stephen Moyer is all over New York City this week promoting his new TV show, The Bastard Executioner.  Now, he’s on AOL Build with a very interesting and intense interview with Moderator, Ricky Camilleri.  Steve talks about getting it right and being daring in acting. He discusses the differences between working for Alan Ball and Kurt Sutter, and that it really isn’t that different.  When asked about what Milus’ theme song should be he first says “Bad Things” would work for Milus as a theme song, but settles on the Rolling Stone’s “Sympathy for the Devil.” He also talks more about his acting style and so much more.

THIS IS CERTAINLY A WORTHY LISTEN!!!

Below are some photos from his appearance:

Click here to see more in the Photo Gallery.[/su_button]