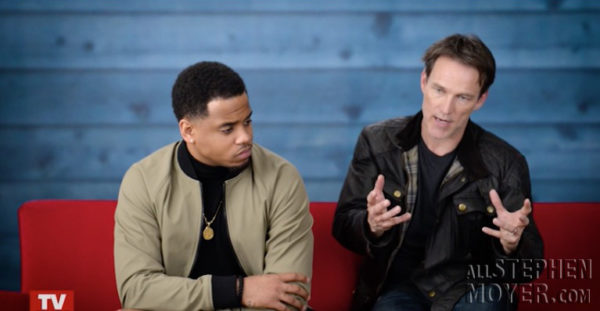 Below is a video released by TV Guide for Stephen Moyer’s latest tv series Shots Fired.  Fox isn’t pulling any punches with its upcoming drama Shots Fired. The series, which premieres Wednesday, Mar. 22 at 8/7c on Fox, deals with police shootings of unarmed civilians, and the show’s goal is to get the conversation started on the tricky subject. 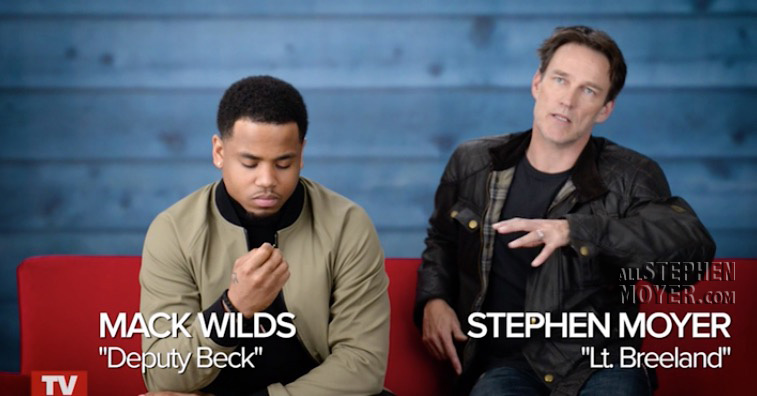 And to add another wrinkle to the already difficult situation, sparks fly in a Southern town when a young black cop (Mack Wilds) shoots an unarmed white teenager. When the government starts an investigation into the matter, the community wonders why previous shootings involving white cops and black teens weren’t investigated.

Stephen Moyer who plays a veteran sheriff who gets caught up in the investigation says:

“From that very first episode, you’re dealing with a lot of areas that most shows don’t do. This is not black and white, it’s very gray. There’s a muddy center in all this. Shots Fired is the most current show you’ll ever see”

“I pray that it sparks the necessary conversation for change,” Wilds says. “You know, there’s so many things ripping our community and our nation apart. It’s making things feel like they’re black or white.”