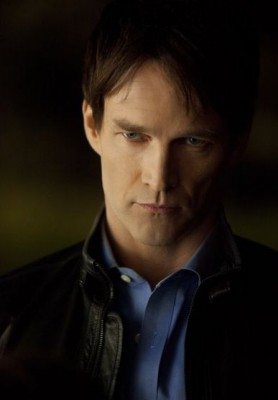 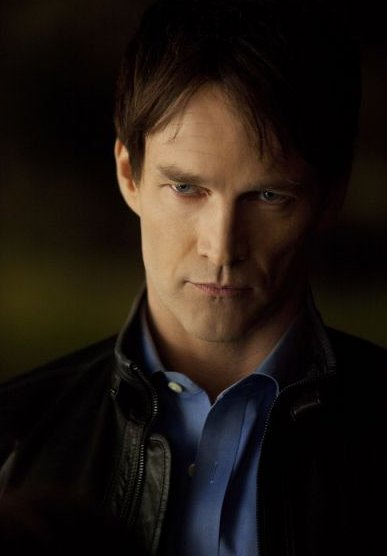 Stephen Moyer spoke to TVLine last week about why he loves playing Bill on True Blood. He also discussed the show’s end and said he agrees with the decision to end the series:

“I think they made the right call to say, ‘Let’s finish it on a massive run of 10 episodes,’” he tells TVLine, adding that the cabler considered extending the series through an eighth season. “It was either going to be one season or two seasons… and I would’ve definitely [stayed] on. But it’s very difficult with a show like ours to keep finding a Big Bad and creating all the drama around it.”

He remains mostly in the dark about what show runner Brian Buckner has in store for the vampire hit’s final stretch. But in the following mini-Q&A, he shares what little he does know about the 10-episode farewell. He also opens up about the “sad” goodbye that awaits him and the one ill-fated True Blood pairing he’s still mourning.

TVLINE | When I spoke to Brian at the end of Season 6, he mentioned that this final season would be a reset of sorts for Bill. He specifically said that he doesn’t want to see Bill be an a–hole anymore. Reaction?
I think that it’s really hard. The characters can’t [always] be who the audience — or the actor — wants them to be at all times. That would be dull. A bunch of people loved Bill and Sookie together, but a whole bunch of people didn’t. So you can’t just please this bunch or that bunch. As [series creator] Alan Ball once said, “I’m not interested in people being happy.” And I’ve always said, as soon as you see one of our couples get together, you know [they’re] f—ed. As soon as Hoyt and Jessica got together I was like “No! They’re going to f—ing kill this, I know they are!” Because [that relationship] was so beautiful… I loved playing [Bill]. I love him. Whether they’re were things that I feel were done well or badly or right or brilliantly, I love him.

TVLINE | Brian also said the final season will focus more on Bill-Sookie, specifically the Bill-Sookie-Alcide triangle.
I know nothing. I’m directing the first episode, as you probably know, and I haven’t seen [the script]. We shoot [The Sound of Music Live] on the fifth of December and I start prep on True Blood on the ninth.

TVLINE | Personally, do you think Bill and Sookie are the endgame?
I don’t know whether they can be, given everything that’s happened between them. What Bill did was open up something inside her that she had never had before. He was the key to a new world for her. And maybe that’s all he was supposed to be — a window into that world. I don’t think that there is a right or wrong answer. I think a bunch of people would be happy if that was the story and a bunch of people would be pissed off if that was the story. I don’t read that s–t, so I don’t care, ultimately. All I want to do is do the show and have fun doing it.

TVLINE | What does Anna think?
She would have a completely different answer. She would probably say, “Sookie should go off and become a barwoman in New York.”

TVLINE | How are you feeling emotionally about this chapter of your life coming to an end?
Sad… You know what a crazy group of people it is. Around Episode 4 or 5 [of every season] we always start getting panicked about that season ending, because it’s a f—ing family. That word is bandied about a little bit too much, but it really does feel like [a family]. I’m going to be very excited about what’s to come [career-wise], but slightly bereft that it’s all going to be done.