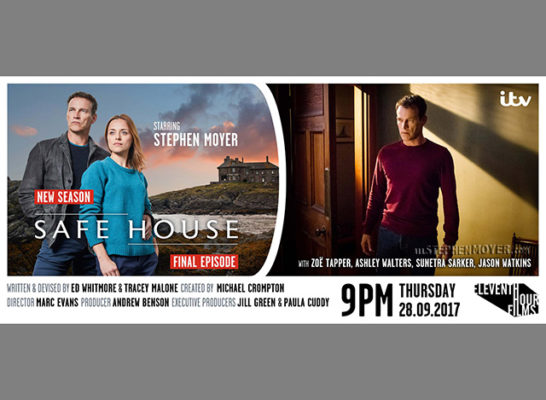 Stephen Moyer has just tweeted that he will conduct a live Q&A after tomorrow night’s episode of Safe House Series 2 “The Crow” on ITV via Twitter.

the final thrilling episode Thursday night in the UK at 9pm. Will be doing a Twitter Q&A immediately after the ep right here with @ITV 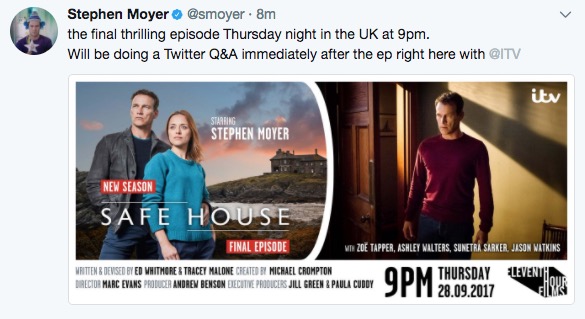 This live tweet session will take place at approximately 10pm London time with Steve on his own account. Think up your questions ahead of time so you’re good and ready for the event. We don’t know how long he’ll be available, so be sure to be online. Go to his twitter account of address your tweets to @smoyer!