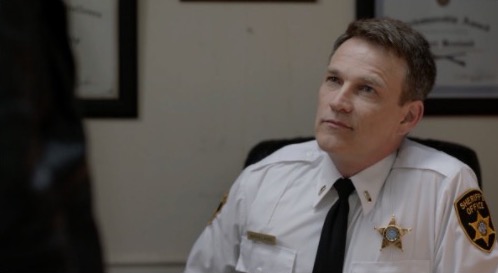 Stephen Moyer just posted on his official Twitter account that he will try to be live tweeting during tonight’s airing of episode 2 of Shots Fired. He says that he will be tweeting with some of the cast from the show.

So, don’t miss out on your chance to get Steve to answer one of your questions and be sure to jump on Twitter at 8:00 pm Eastern time to chat with our favorite actor. His official twitter account is @smoyer!

Are you excited to see what might happen in episode 2 of the series? We are because we think there must might be more Steve in this episode.  Let’s hope so. 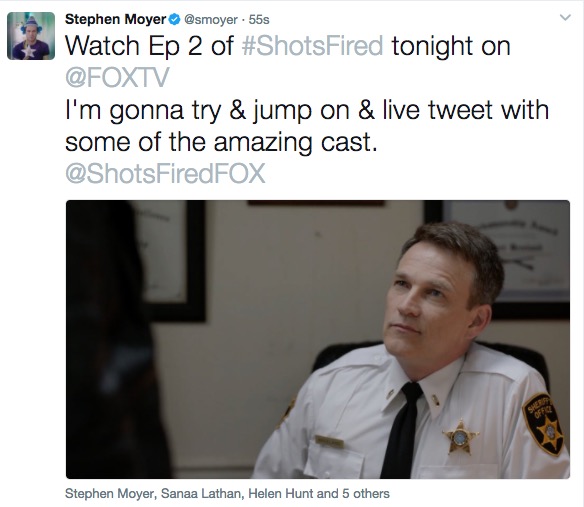 Update: Unfortunately, Stephen was unable to make the LIVE tweet last night.  He posted on his Twitter account that he had to work.  He is currently filming the unnamed Marvel X-Men series.