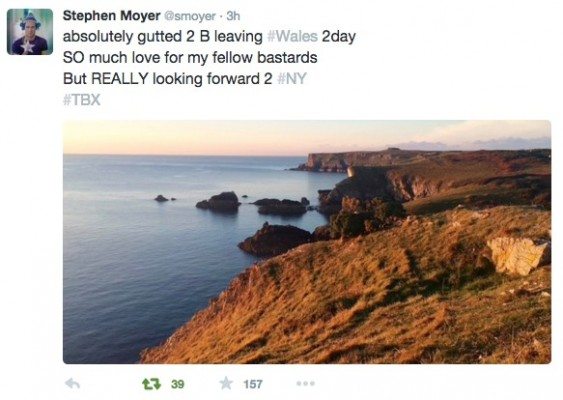 Stephen Moyer posted on his social media accounts of Facebook and Twitter today about leaving Wales. Now that the season 1 of The Bastard Executioner is complete, the cast and crew are heading back to their homes. 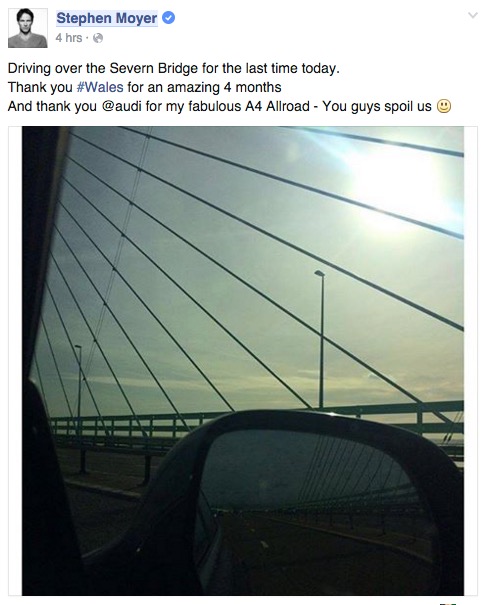 Steve may be gutted about leaving Wales, but I have to say we’re glad to see him back in the US for a bit. And, as we’ve previously reported, Stephen will be making a stop in New York before he returns to Los Angeles to appear on three talk shows next week. Check out our post about it here and here.