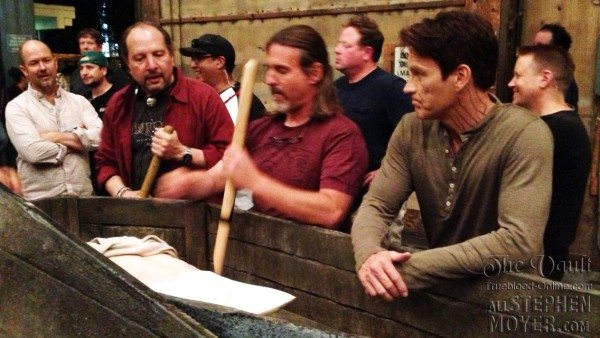 NOTE: SPOILER ALERT – If you haven’t seen the final episode, you might not want to go further.

Below are some behind the scenes photos given to us from the last days of filming True Blood Season 7.

The two photos below are of the shooting of Bill’s final scene.

This first photo presumably is when they are determining how the the filming of Bill being staked will be done.

This second photo documents how Bill’s death scene was shot, inside the grave. 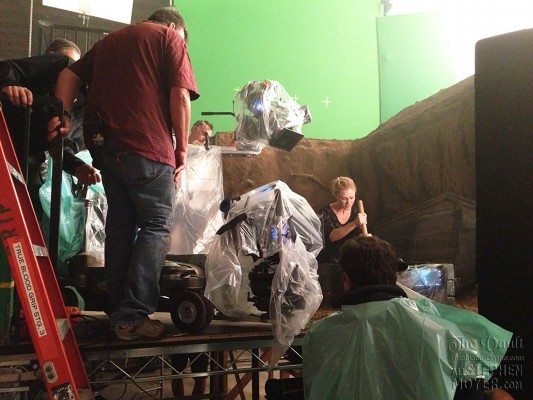 Then, when Stephen wrapped and it was his last day on set, the crew gave him this lovely cake: 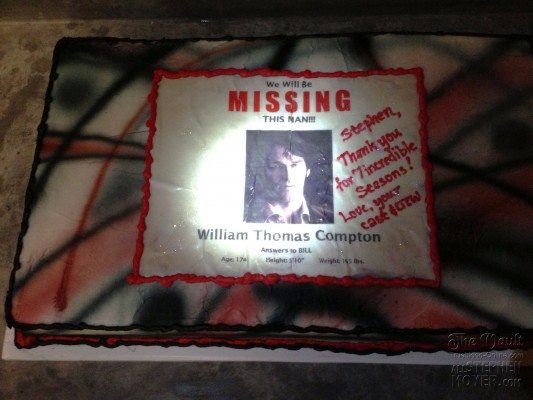 Below is another photo of Stephen on the set during True Blood episode 7.08 posted on Twitter by the director, Jesse Warn @jessewarn. 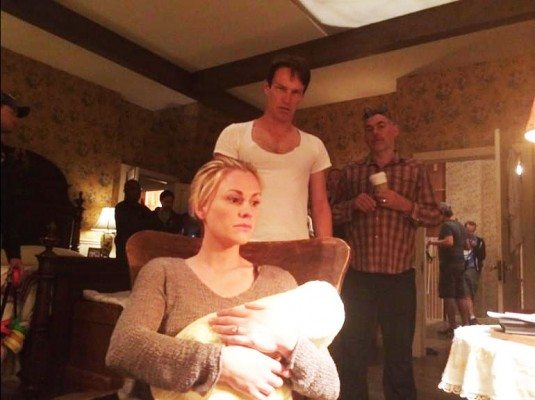 As we gather more photos they will be added to our Season 7 Behind the Scenes Photo Gallery.