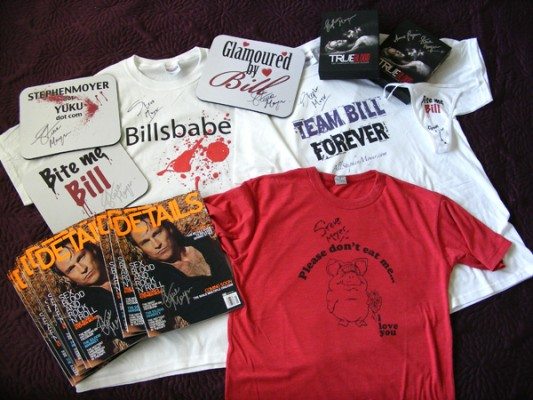 Thank you all very much for your generous donations.

When we asked Stephen Moyer to cooperate and sign merchandise for us to giveaway he immediately said yes, he even came to Lynnpd’s Santa Monica apartment to sign and brought a signed True Blood dvd and one of his own t-shirts to add to the prizes. We recorded to following video message with Stephen.

Mark P. Reed, adminstrator of Brentwood Theatre has sent us the following message:

Many people will tell you that they some days they hate going into work, firing up the computer and logging on to see what the day will bring. Well, NOT ME!

Every day for the past couple of months, when I log in, my heart leaps with joy as I have never failed to be uplifted by daily donations coming in from the fans of my friend Stephen Moyer. Its quite strange to be watching Steve on the world stage going about his business and being adored by so many fans when to so many of us in Brentwood he is ‘just Steve’, part of a lovely family who are great friends to this Theatre. And, in the nicest possible way, it is very difficult to cope with the outpouring of generosity and love from the USA and beyond into our little Theatre.

Through the generosity of the fans, you have ensured that two whole schools can come to see The Plotters of Cabbage Patch Corner this Christmas. Overall, Brentwood is affluent but there are inevitably pockets where money is not so available and these schools cannot afford otherwise to come to the show. The nicest story – well, at least, ending of a story – concerns Hutton All Saints school whose sports day was canceled as when they went to get out the play equipment, they found it had been deliberately vandalised. So, to show those kids that not everyone is against them, and to give them a theatre trip to look forward to, we have given them a performance free, all paid for by YOU lovely people.

So, from the bottom of my heart, on behalf of so many people in Brentwood who will be benefiting from all of the donations, some small, some large, THANK YOU a hundred times over.

The Stephen Moyer Kids Theatre Fundraiser will continue until September 30th, after that day you can still donate to the theatre but you won’t be eligible to win any of the prizes signed by Stephen Moyer. So remember to make your donation before September 30th and help us reach our goal of $5000.

Every week in September we will give away a signed Details Magazine to a contributor. After September 30th the winners of all the other prizes will be chosen.

You can donate any amount you wish, no amount is too small. If you donate $10 or more however, you can get a brick on the Stephen Moyer Fan Wall with a personalized message. The signed merchandise will be given away to the brick buyers who write the funniest, most touching, most inspiring, most whatever message. But we understand that not everybody wants to buy a brick on send in a message that could compete, so we will be giving away a signed Details Magazine to a random donor each week until the end of the fundraiser.

You can read all the details on the special fundraiser page https://www.allstephenmoyer.com/stephen-moyer-kids-theatre-fundraiser/ 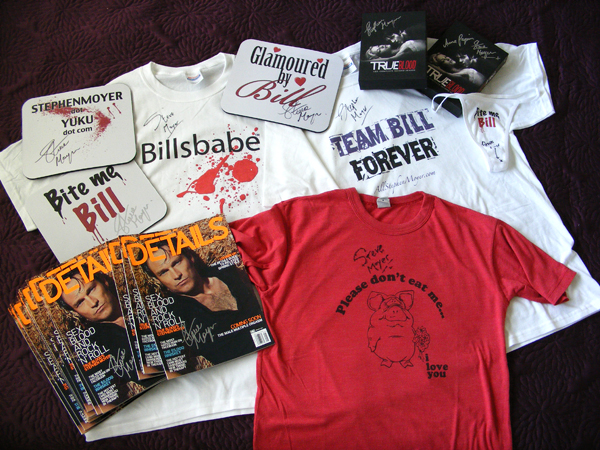