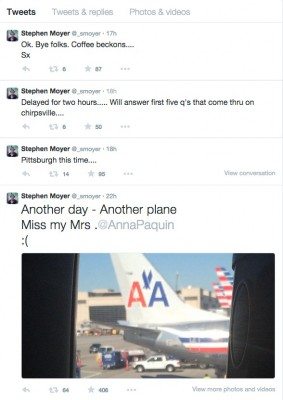 Stephen Moyer left Los Angeles yesterday again and, this time he’s on his way to Pittsburgh to shoot the upcoming film about concussion that does not yet have a title. Click here to read our post about this film.

While on his way, his plane was delayed and he had a layover in Dallas and announced that he would answer the first five questions that came over “chirpsville.”  Well, he answered a lot more than five questions and you can see his tweets by clicking here.  A sample of some of the questions he answered were such as telling the Tweeterverse that his favorite jam is strawberry, beer: Stella (back in the day) and that he’s never seen the X-Men movies and more. 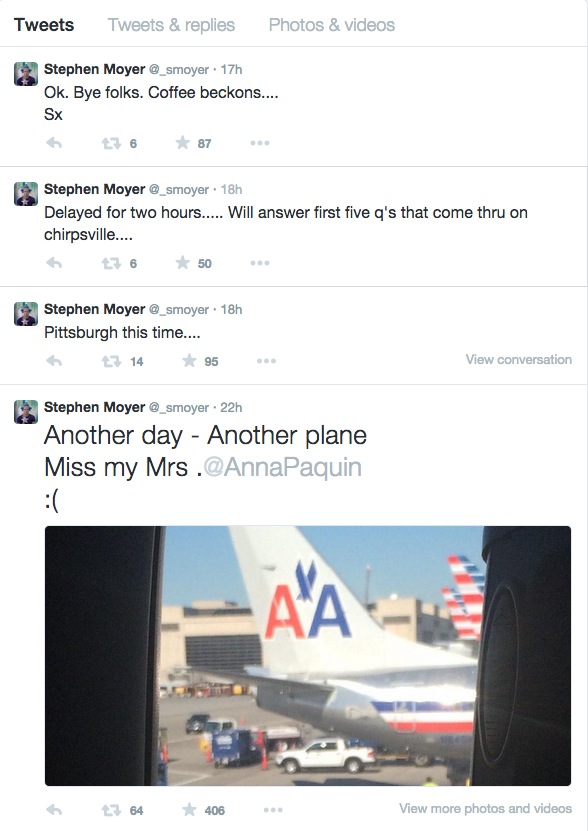