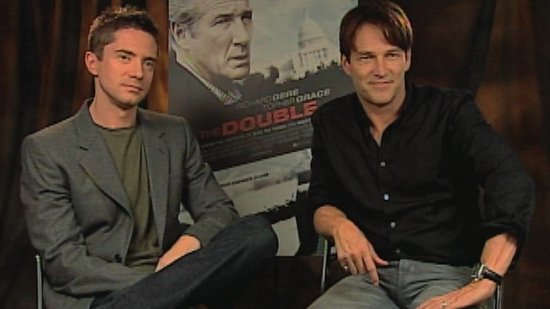 Stephen Moyer and Topher Grace try to talk about their new film in The Double interview and they actually do so without spoiling anything. For example, Stephen also wonders where he is on the film poster. on the back maybe? How difficult is it not to blink when you shoot a gun? According to Stephen the film has more twists than a barrel of pretzels and he and Topher are romantically involved (they totally lost the interviewer with that joke). And yes Stephen, we would love for you to do a Funny Or Die video, but only if it’s really good, because there are so many “Die” videos on that channel.