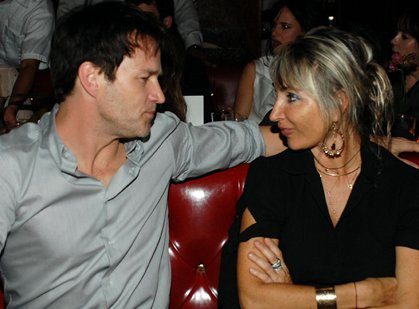 Stephen Moyer proved to be friends not only with Deborah Ann Woll, his beautiful “True Blood” co-star, but also with pretty much everyone in L.A. His co-star from his 2007 TV series, Ny-Lon, Rashida Jones, also attended and with Aziz Ansari she entertained director Max Winkler and the cast of his coming flick “Ceremony.”

In the second photo below we see Stephen having dinner with Deborah and being his usual “expressive self”. 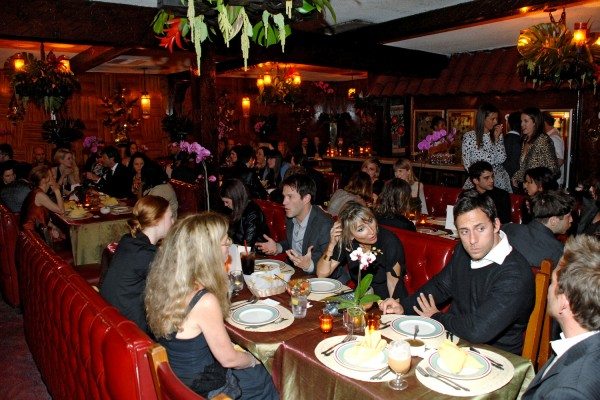 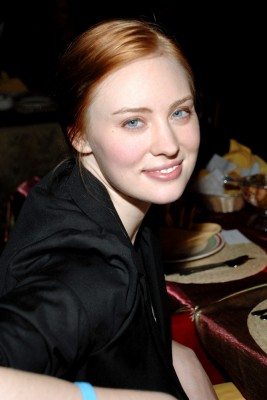