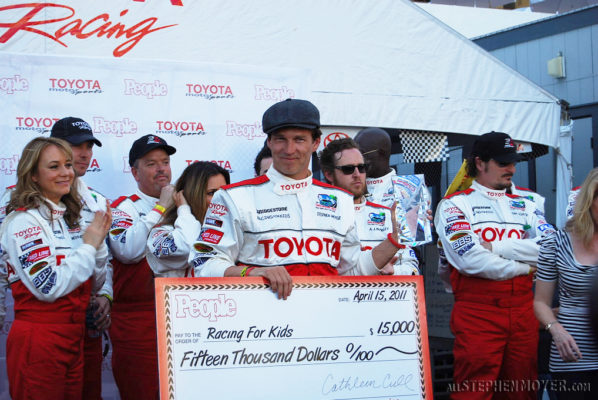 What a day it has been for Stephen Moyer! Stephen got best pole position even if he had to do a car flip to get it.

After spending the night on the True Blood set until 6am this morning, he went straight to Long Beach to participate in the qualifying race of the Toyota Pro/Celebrity Race. Even though he had one hour of sleep and a quick power nap during lunch break, his race was thrilling, exciting and scary….. Stephen hit the tires and flipped his car, but still snatched the pole position. That position comes with the PEOPLE Pole Award of $15,000 for charity.