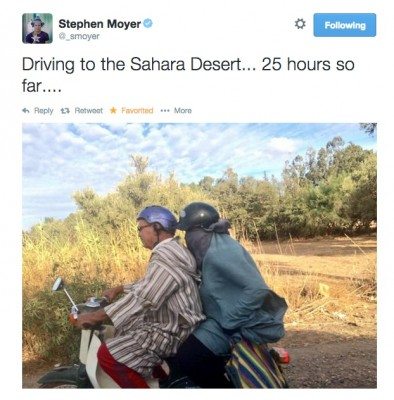 It took Stephen Moyer 31 hours to get to the location shoot for his new gig playing Pontius Pilate in the new National Geographic production of “Killing Jesus.”

Stephen started his trip in the morning of October 15 at LAX airport. He flew to New York, then to Paris and then flew to Morocco. The total flight time was 26 hours but, that wasn’t the end of the trip. Once on the ground it looks like he had to take a motor cycle for the last leg of his trip. See the photo below that Stephen posted on Twitter. We’re not 100% sure that is Stephen riding the motorcycle, but it could be. 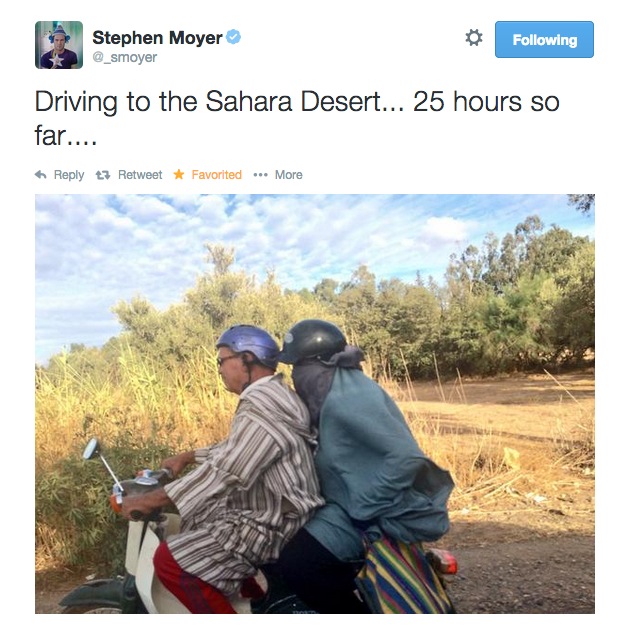 When he finally arrived, he posted the that the total time for his trip was 31 hours and wrote the following:

Stephen Moyer @_smoyer – Finally arrived. 31 hours door to door. The lengths I will go to to wear a dress..

Ha Ha! Stephen sure has a great sense of Humor.

Wow, what a trip, but somehow I think his adventure is just beginning!