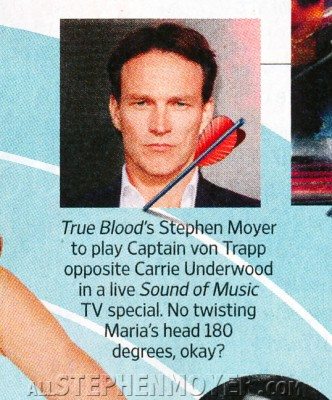 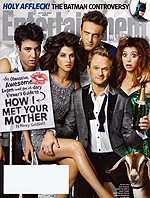 In the September 6, 2013 issue of Entertinnment Weekly, we find that Stephen Moyer has hit their Bullseye.  In the back of the magazine they always have a section devoted to pop culture that was on target during the past week, or maybe not.

Stephen seems to be sort of on the outside of the dart board, but we think he’s right on target with his signing on for the holiday LIVE special production of “The Sound of Music” on December 5, 2013.  As many already know Stephen will play the part of Captain Von Trapp.  Right on Stephen! 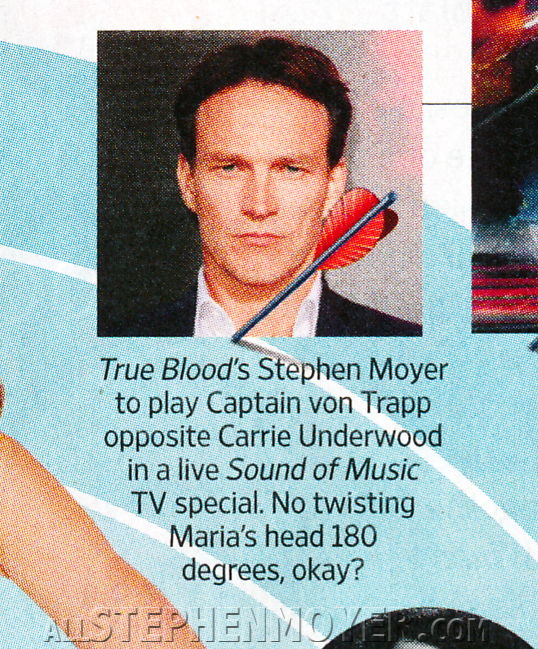 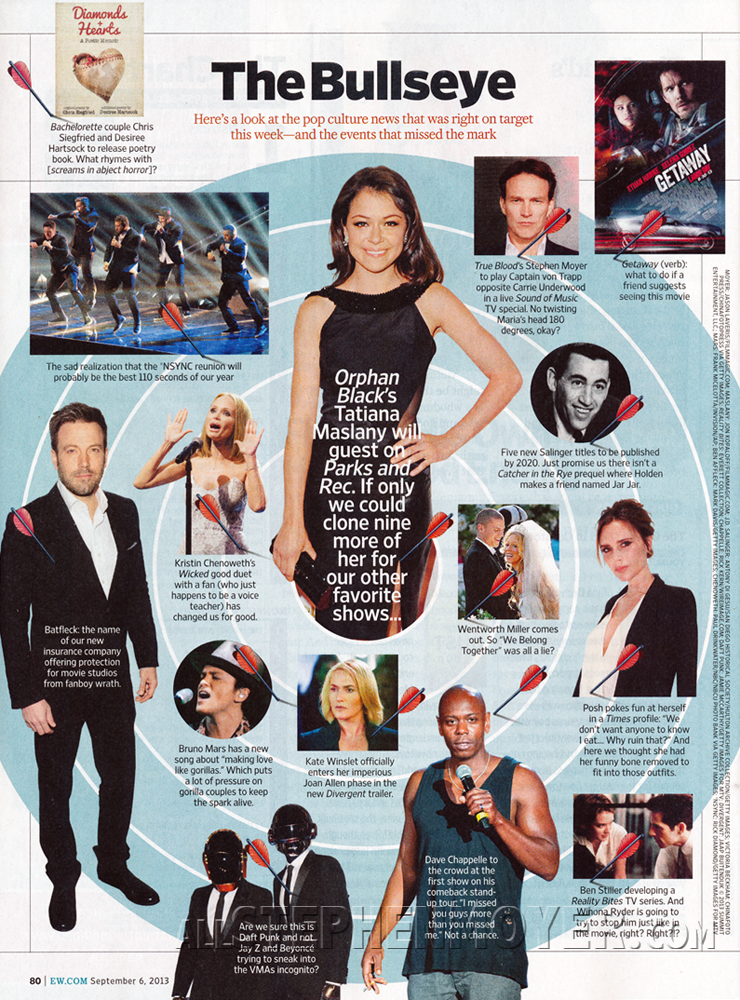