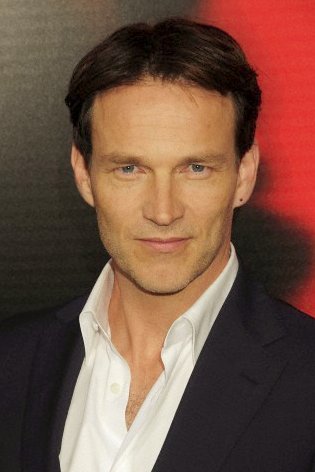 Stephen Moyer has been stripping down for years on True Blood. But for some episodes of the new season, he was in charge of getting his costars naked, too – and found that just as enjoyable.

Stephen, who directed his second True Blood episode this season (episode 1) says he’s very understanding with the other actors when it comes to the pressure of baring all for the cameras.

“Given that I’m naked for a great chunk of it, I think I’m quite sensitive,” he says. “I’m a sensitive lover.“

Stephen, added that being on a show filled with sex leads to plenty of on-set hilarity.

“There are all sorts of inappropriate fall-out situations that we’ve all been through at various points,” he says. “[Legendary British actor] John Gielgud once said to one of his leading ladies, ‘I apologize to you if nothing happens below, and I also apologize to you if something does.‘ “