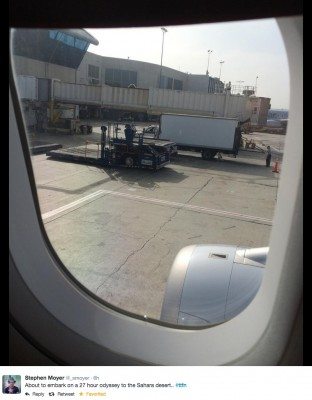 “About to embark on a 27 hour odyssey to the Sahara desert.“

And, posted the image looking out his plane window below.

Presumably he is now on his way to begin shooting “Killing Jesus.”  We reported last week that Stephen was cast in the part of Pontius Pilate in the film that revolves around the death of Jesus.

Wishing you much luck and hope you have a fabulous adventure Stephen! 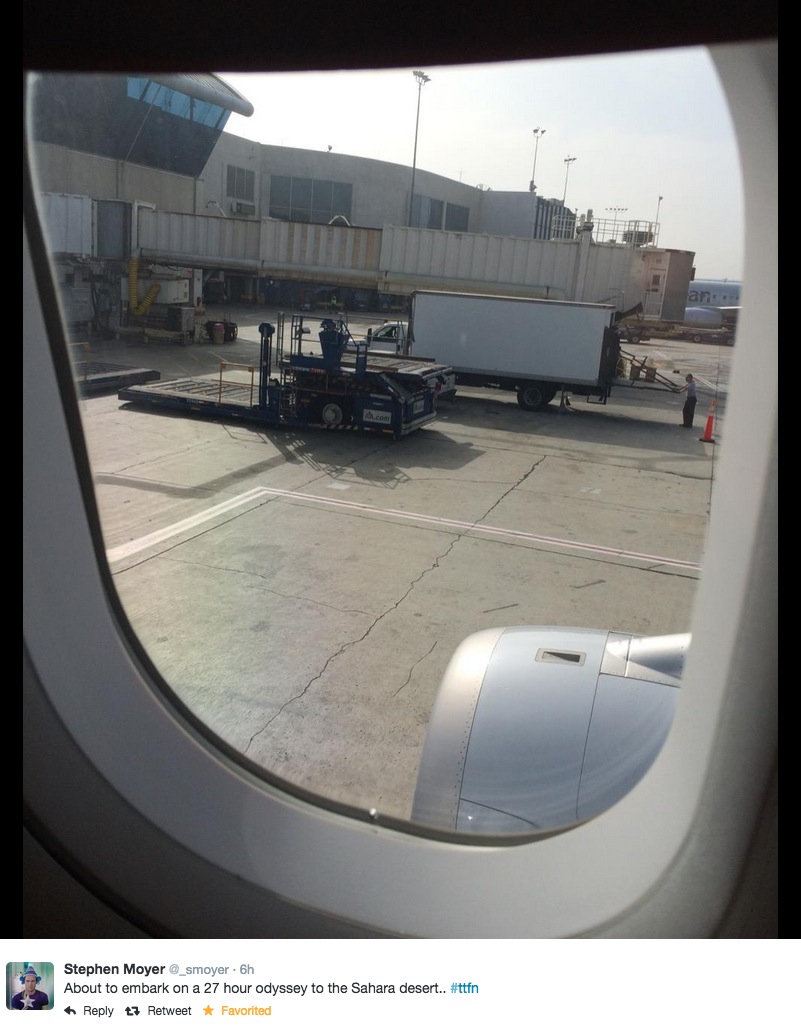 Just a few minutes ago, he posted the following photo from JFK Airport: 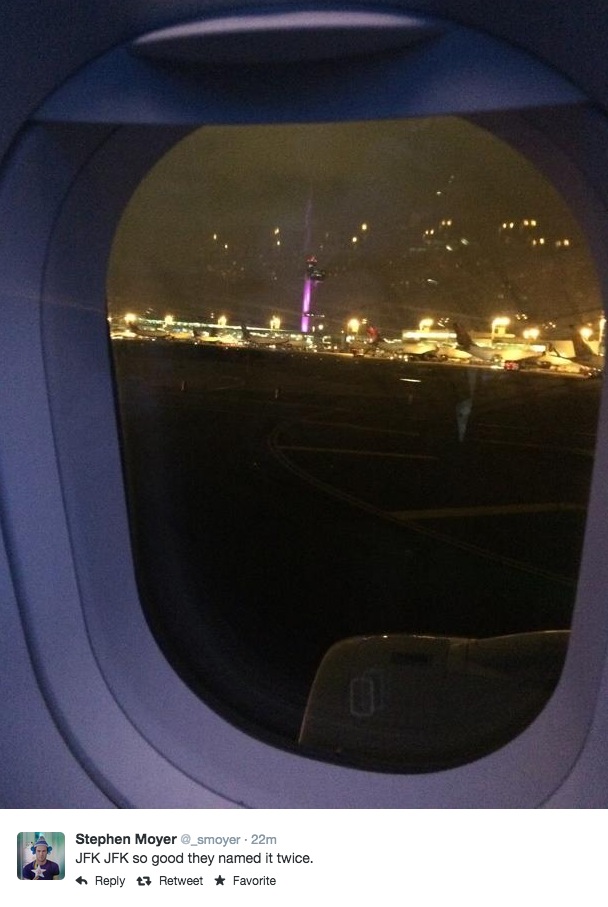