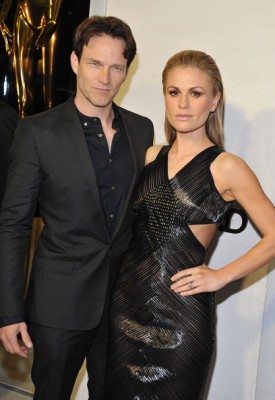 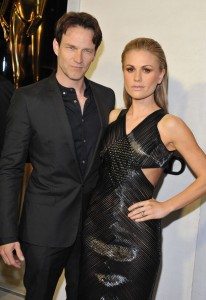 Stephen Moyer and Anna Paquin will be heading down to Florida again to go to the school that helped them make their CASM production of “Free Ride.

“Ringling College has a very unique and creative approach to art education,” said Anna Paquin. “Ringling’s support during the production of ‘Free Ride’ is something we will always be grateful for. We are very much looking forward to returning to find new ways to collaborate with them and to screen ‘Free Ride.'”

‘Free Ride’ was shot entirely in Sarasota and is the first film from Anna Paquin and husband Stephen Moyer’s production company, CASM Films, which they set up with Producers Cerise Hallam Larkin and Mark Larkin. Phase 4 Films has picked up all U.S. and Canadian rights to the Shana Betz-directed crime thriller based upon Betz’s life story. In the film, Anna portrays a single mother who moves to Florida with her daughters in search of a better life and gets pulled into the drug-trade business.

“Anna and Stephen’s return to Ringling comes at an auspicious time as we gain traction with our efforts to attract entertainment production to our region,” stated Ringling College president Dr. Larry R. Thompson. “Having our students involved in the production of ‘Free Ride’ while shooting on our campus and Sarasota Museum of Art locations was experiential education of the highest order. We welcome Anna and Stephen back to Sarasota and look forward to exploring further production opportunities with them.”

“It brings us great pleasure to bring Anna and Stephen back to the Digital Filmmaking Studio Lab following the successful launch of ‘Free Ride’ on the festival circuit,” said David Shapiro, director of the Digital Filmmaking Studio Lab and Future of Films co-founder. “Collaborative film projects bring great benefit to Ringling students and also to our community and we will continue to work to develop true collaborations with leading filmmakers.”

Read more about their appearance by going to: broadwayworld.com