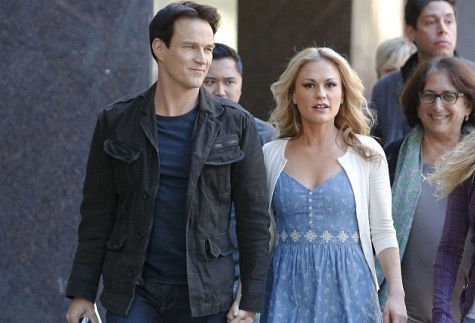 Stephen Moyer and Anna Paquin are seen in the photos below on their way to shoot a Time/Warner HBO commercial. The couple looked great as usual. Anna looked great in what must be a “Sookie outfit,” a blue dress, white cardigan sweater and flat black shoes.

For the commercial, Stephen and Anna were to hired to play their True Blood roles Bill and Sookie.

Diddy who was to co-star with the couple in the commercial previously inked a deal with Time Warner over the summer for his soon to launch music channel, Revolt TV, which will reach 10 million of the cable provider’s subscribers.

Perhaps this is a commercial for that channel as well as HBO? We guess we’ll find out when it airs!

Apparently, Diddy delayed production; we’re not sure why.

This means new promo coming for True Blood I think, can’t wait, what about you? 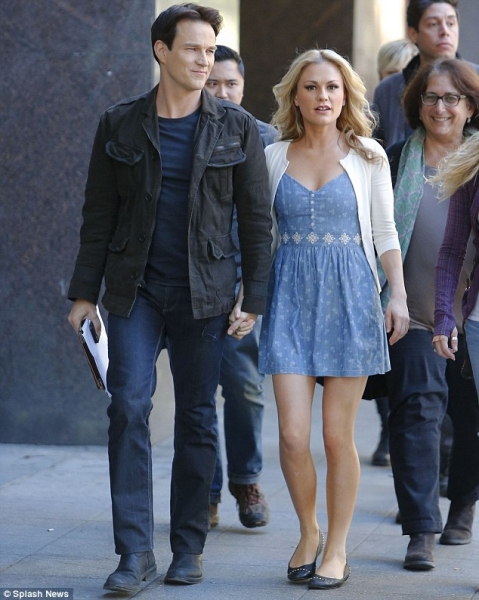