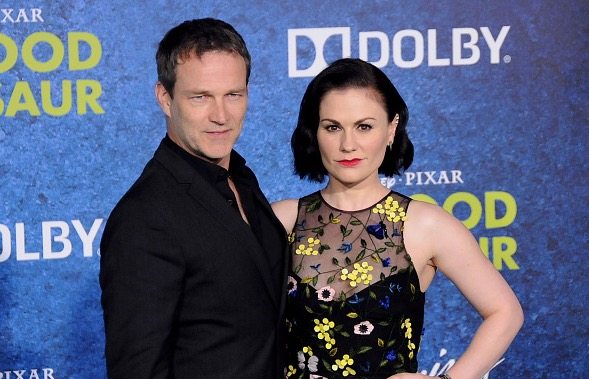 Stephen Moyer and Anna Paquin attended the premiere of Disney-Pixar’s ‘The Good Dinosaur’ tonight in Hollywood, California. Anna is in the film and plays the part of Ramsey the dinosaur in this animated film. See the photo of her character below:

See photos below of the couple attending the event:

More photos in the Photo Gallery:

Watch the red carpet at the premiere at the El Captain Theater. Anna and Stephen are seen starting at about 35 sec into the video: