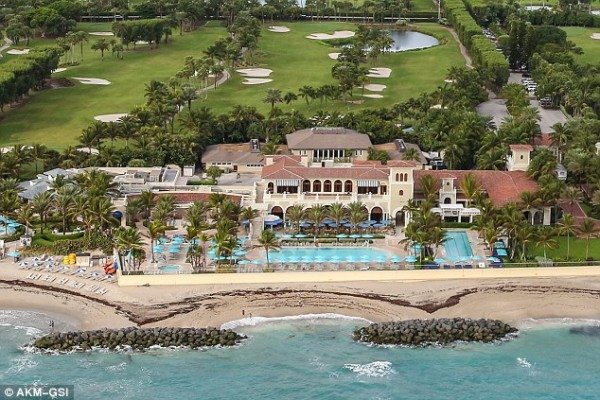 On Twitter, the excitement is getting high as True Blood’s Joe Manganiello is to marry Sophia Vergara today in Florida. Stephen Moyer and Anna Paquin are in Florida as you can see by the tweet from last night by @kevinrolston below.

Hopefully, we’ll get some great pics of Steve, Anna and the other True Blood cast members who attend the wedding which is to be held at the luxurious The Breakers Palm Beach Resort in sunny Palm Beach, Florida.

It was revealed Monday that the “Magic Mike” heartthrob and Emmy-nominated Vergara — who topped Forbes’ list of the highest-paid TV actresses this year —don’t want any wedding gifts.

Instead, according to an invitation obtained by Hello! Magazine, the couple has asked their reported 400 guests to donate to charities such as St. Jude’s Children’s Hospital, for which Vergara serves as a celebrity ambassador.

The wedding festivities are set to kick off with a cocktail party Saturday, followed by the couple exchanging vows at 6 p.m. on Sunday.

“I want a wedding where the guests are going to have fun,” Vergara told Martha Stewart Weddings magazine recently.

A couple of weeks ago, we posted a photo on our social media accounts that Stephen went to Joe’s bachelor party at The Roosevelt in Hollywood, Calif. earlier this month, with cigars, a few rounds of bowling, and plenty of friendly competition among some of Hollywood’s hottest men. Attending the party in addition to Stephen was True Blood’s Chris Bauer, Arnold Schwarzenegger, Matt Bomer, Channing Tatum, Paul Reubens, and even Sofia Vergara’s son Manolo. 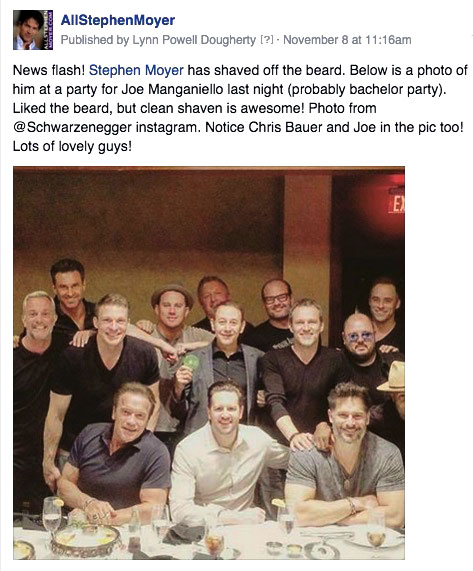 source: usmagazine.com and Twitter.com and nydailynews.com