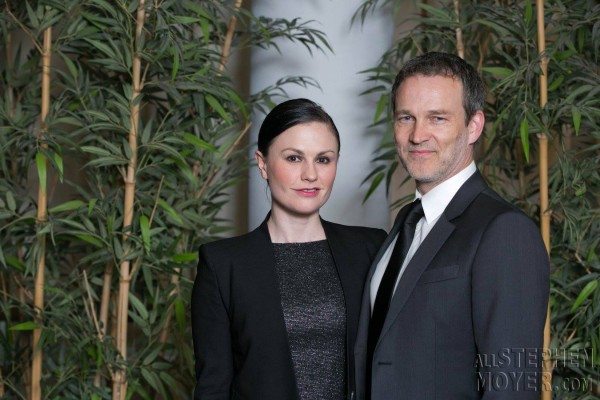 On November 12th, Stephen Moyer and Anna Paquin attended the 18th Annual Friends of CLARE Tribute Dinner. At the event, the honorees of the “Friends of CLARE Tribute Award,” were none other than the creator of The Bastard Executioner, Kurt Sutter, his wife and Stephen’s co-star in the series, Katey Sagal. The event was held at the Loews Santa Monica Beach Hotel in Santa Monica, California.

Also, receiving awards at the event was Caitlyn who was given the “Client of the Year Award” and the Foundation’s Executive Director, Nicholas Vrataric who received the “Spirit of Clare Award.” The awardees below include Kurt Sutter, Katey Sagel, Caitlyn and Nicholar Vrataric:

Also attending the event and performing was Gary Lightbody of Snow Patrol.

Stephen won the Friends of CLARE Tribute Award at this event in 2010, is a member of the Foundation’s Board of Directors and served this year as one of the event chairs. CLARE Foundation is governed by a 21-member board of directors that includes visionary leaders from the entertainment, business, health, philanthropic, law, and civics communities.

Below are some photos from the event:

See more photos in the Photo Gallery by clicking below:

Watch the CLARE Foundation video shown at the dinner: 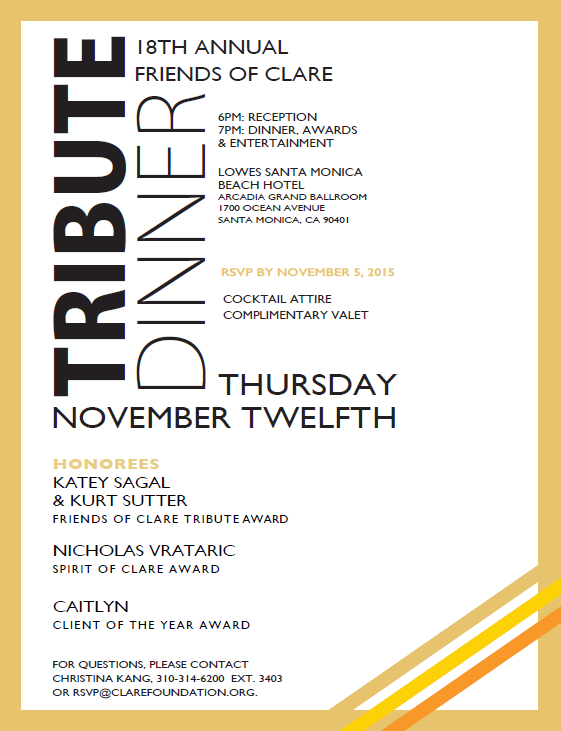 Below is the invitation we received to attend the event:

AllStephenMoyer.com is proud to have CLARE Foundation as one of the charities we raise funds for and this year we splurged and placed an ad in the event’s program.  See below (click on the photo to see larger): 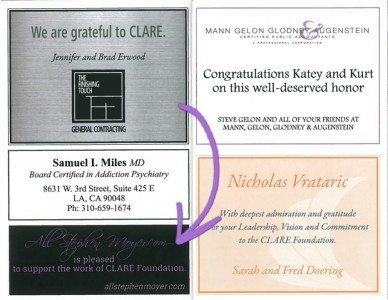 Read more about the event by clicking here.