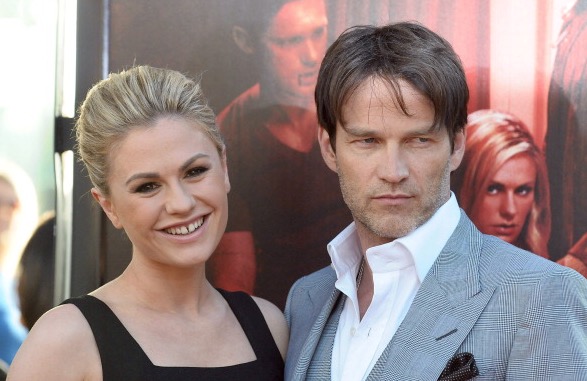 The following are two videos from the Season 4 Premiere of True Blood that took place last night at the Arclight Theater in Hollywood. In them, StephenMoyer and Anna Paquin talk about working together and about their characters in Season 4.  The videos also include a few scenes from Season 4 of Sookie in fairyland and of Bill and Jessica at the Compton home.

On and off-screen couple, Anna Paquin and Stephen Moyer, attend the fourth season premiere of ‘True Blood,’ where they revealed their working antics as a married couple. (June 22)

Married co-stars Anna Paquin and Stephen Moyer say it’s fantastic to work on set as husband and wife – when they get to see each other.