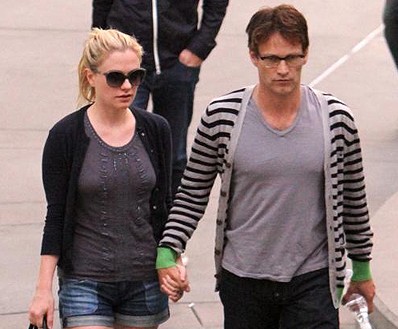 Anna Paquin and Stephen Moyer went to the Arclight Cinemas to watch a movie in Hollywood, CA yesterday, October 30, 2010. The couple entered the theatre separately. Stephen seems to have injured his foot as he has a walking boot on it. Also someone tosses Stephen a miniature pumpkin as he walks in.