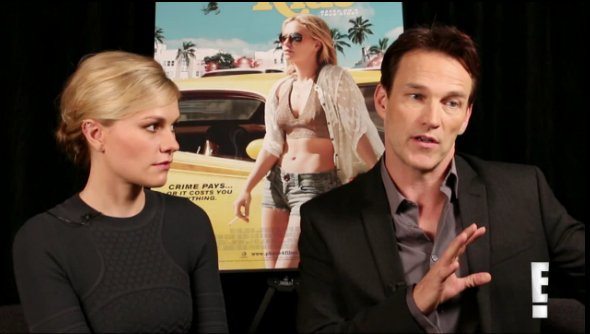 True Blood’s Stephen Moyer and Anna Paquin were interviewed by E recently about the upcoming premiere of their film “Free Ride.” During that talk they also reveal some tidbits about True Blood Season 7 in the video below. They talk about how True Blood kicked off the TV vampire craze and what we can expect in Season 7. Anna doesn’t yet know much the new season, but since Stephen will be directing the first episode, he shared the following:

Stephen mentioned in an earlier interview that he had to report to the set today at 6am to start production on episode 1 of True Blood, so we’re off and running for the new season folks!

Watch the video to hear all of this: