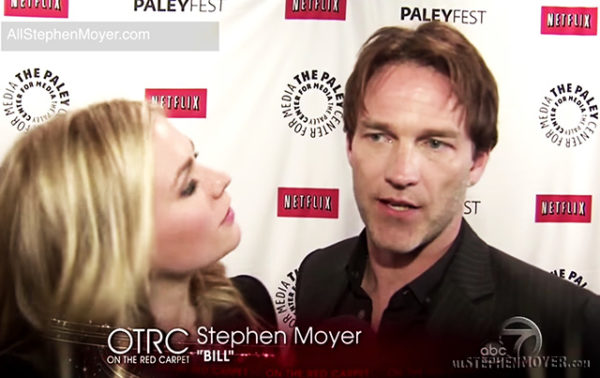 OnTheRedCarpet.com caught up with Stephen Moyer and Anna Paquin at PaleyFest 2011. While the two were very coy about spilling any secrets on the show’s upcoming season, Stephen did give one small hint. 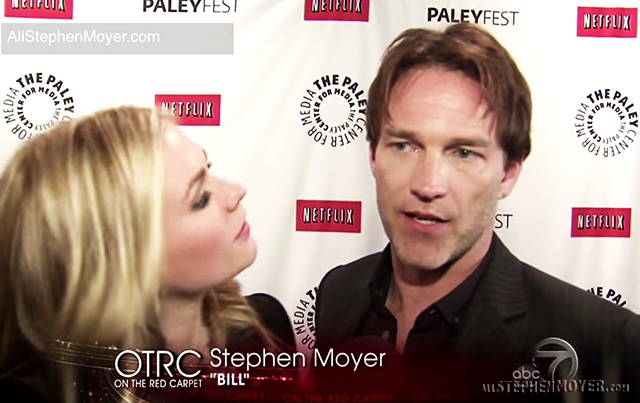 “We go to a different place than we’ve ever been to before. The show starts place,” Moyer says before hesitating, “The show doesn’t start in Bon Temps.”

“I think that’s enough,” Paquin told Moyer. In the video below we learn more about what they had to say when both specifically thanked the fans.

When asked if the couple enjoyed meeting fans of the show at events like PaleyFest, Paquin jumped in with an enthusiastic “Yes!”

As for staying in touch with fans, Moyer says, “Neither of us Tweet, yet.”

Paquin adds, “We do end up running into the same people at some of these sort of event s who will very loyally show up and cover what’s going on with the show and the cast members.”

Stephen went on to talk about the fan sites and how they have been so generous to support many of the cast members “causes”. He said that they like this sort of event because many of them come and we can “pay them back”.