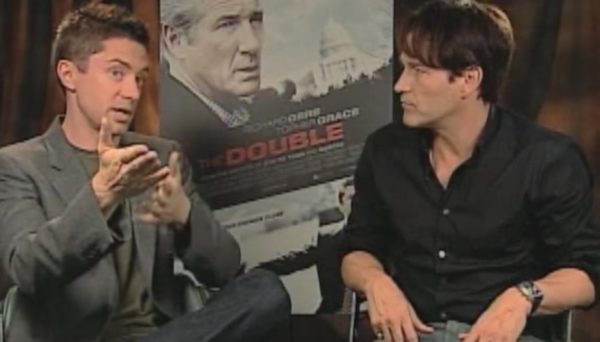 Interview about The Double with PopSugar and we even hear Stephen speak Russian!

Stephen Moyer and Topher Grace might play adversaries in their new spy thriller The Double, but when we talked to them at a recent press day for the movie, the guys were in a friendly — and funny — mood. The duo even showed off a little bit of the Russian they learned for their roles as an FBI agent (Topher) and Russian operative (Stephen) and critiqued each others’ accents! Stephen and Topher also talked about being intimidated by their costar, Richard Gere, and Topher admitted that his biggest challenge in the film was playing the father of an infant. Check out our interview, and catch The Double in select theaters starting today.