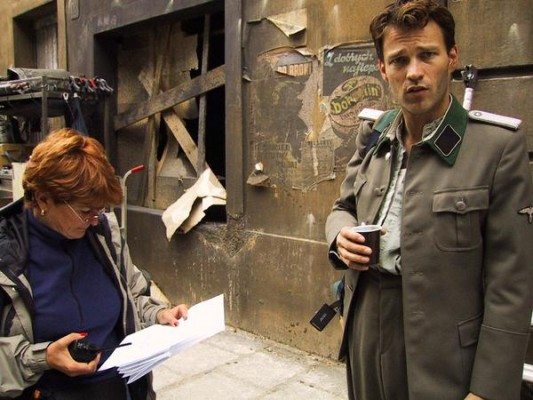 As you probably know, Stephen Moyer was part of the ensemble cast in the applauded mini-series of 2001, “Uprising” playing the role of Simha ‘Kazik’ Rotem. Actor John Ales was also in the mini-series in the role of Marek Edelman.

Ales is now a part of the new show, Sex, Drugs & Rock and Roll which is on the same network as The Bastard Executioner, and last weekend while attending TCA15, the two must have met up. They also shared photos from their joint mini-series, “Uprising” to each other and to the world, via Twitter.

See some of the photos below:

We strongly recommend this mini-series as one of Stephen’s best. The above photos have now been added to the many others that we have in the “Uprising Photo Gallery.”  Check it out!