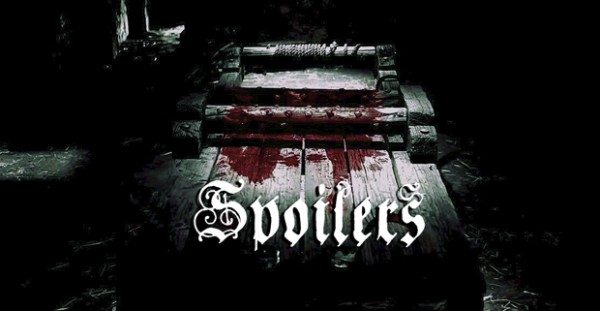 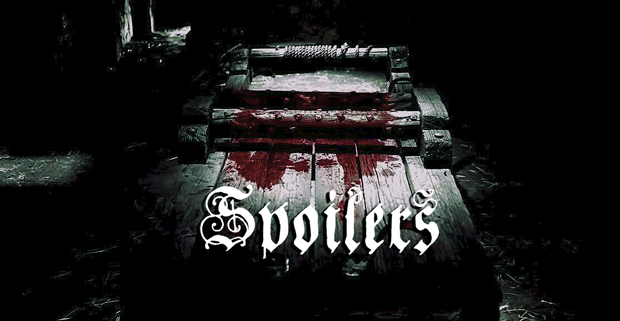 The next episode of the Bastard Executioner, Episode 1.08, “Broken Thing/Toredig Pethau” airs next Tuesday, November 3.

Below are a few minor and rather “vague” spoilers about the next episode which we’ve hidden in case you don’t want to be spoiled at all.

EPISODE 1.08 SPOILERS
New stakes have been raised in “The Bastard Executioner” and Wilkin must contend with his confession to Lady Love and their shared guilt in an impossible situation on the next episode. Episode 8, titled “Broken Thing/Toredig Pethau.”

After all of the revelations of the last episode, the details for what remains of Season 1 are vague to say the least. What fans will know for sure is that Wilkin will have to team with Milus and Toran in order to track down a fugitive from justice during this medieval era. But you have to ask yourself what justice is in this show, which has shown so many times that the politics of the era came about with swift death, even for the innocent.

In the last episode, Wilkin fell further down the spiral as he knowingly put an innocent man to death for the murder of a person that he himself inadvertently killed. But it was not just any death, but a torture and mauling. His arms were torn apart and, fortunately, the poor soul died quickly. This was also something Lady Love herself knew about and she shares in Wilkin’s guilt. They have both come full circle with their complicity in a series of plots that have been nothing but lies, albeit for the greater good.

After Wilkin witnessed Milus put a man to death unjustly, it is clear that Milus will also bend whatever law necessary to get swift justice, even though the man was judged by Milus under false pretenses. So fans can expect the hunt for the fugitive in the next episode to have some lies and deception attached to it now that the politics are starting to catch up with all of these characters.