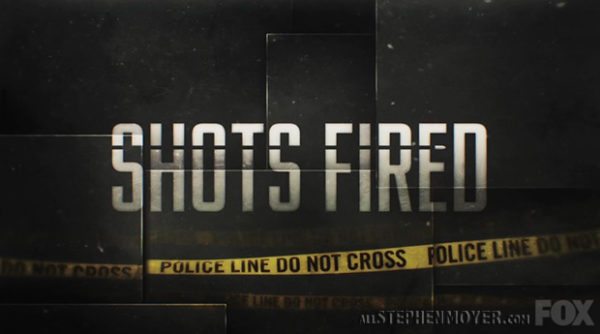 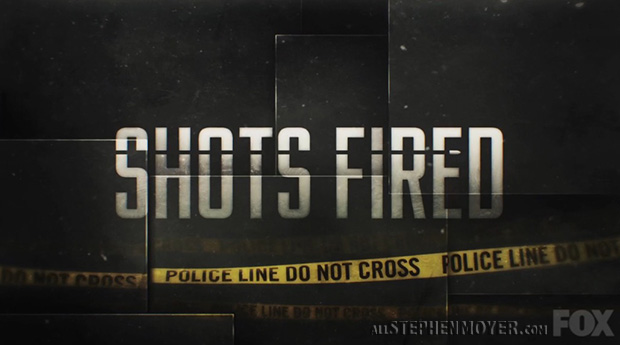 As all those who visit our site know, Stephen Moyer’s “Shots Fired” is to premiere this week at the Sundance Film Festival. The series is a 10-hour limited series that tells a lot about the world today. The FOX network program will premiere on TV in March. Below is an article which further explains the program and puts it in perspective of today’s struggle for human rights.

It’s rare for a network TV show to premiere at Sundance. It’s even more surprising to see it on Fox, which has nothing like it on its schedule.

“It’s very outside the box,” said executive producer Brian Grazer, an Oscar winner (“A Beautiful Mind”) who co-founded Imagine with Ron Howard. “It’s kind of a brave thing for Fox to do.

“And being recognized by Sundance is huge. Having the opportunity to launch there really can become flammable. So we’re really fortunate that our 10-part, limited series — which I didn’t even know they did — was accepted and is going to premiere there.“

Sundance will screen Episode 1 in its entirety and then, selected scenes from Episodes, 2, through 5; and finally, Episode 6.

“We weren’t looking to go back to TV, but the chance to do a show like this was a perfect opportunity to use our art as a weapon and speak to what is going on,” Gina Prince-Bythewood said. “And the creative freedom that we had was really great. We got to tell the story that we wanted to tell.”

The result is “ShotsFired,” which will premiere (in an abbreviated form) at the Sundance Film Festival before airing on the Fox television network beginning in March.

“The fact that they wanted to do that was surprising to both of us,” said Prince-Bythewood, who began her career writing for series like “Felicity” and “A Different World” — her husband also worked on “World,” as well as shows like “New York Undercover.”

“Shots Fired” is an unflinching story that begins when a white teenager is shot and killed by a black police officer (Mack Wilds, “The Wire”) in a small North Carolina town. A federal investigator (Sanaa Lathan, “Love and Basketball”) and federal prosecutor (Stephan James, “Race”) are sent to investigate — and they discover a link to an unsolved, and apparently uninvestigated, shooting of a black teenager that may involve the town’s nearly all-white police force.

Work began on the project more than a year ago, and executive producer Francie Calfo said she “never dreamed” it would feel so current in 2017.

“It’s just a heightened time and people feel so passionate and defensive and angry on every side,” she said. “At the end of the day, we feel like it’s going to promote more of that conversation.”

“Art can be very cathartic,” Lathan said. “This country right now, it needs a lot of healing.”

“Shots Fired” is a very personal project for the Bythewoods, partly inspired by their son. When George Zimmerman was acquitted of murdering Trayvon Martin, 12-year-old Cassius “cried and was in disbelief,” said Reggie. “And instead of hugging and consoling him, I pulled out his laptop and showed him a documentary on Emmett Till. I just really wanted him to know that this hadn’t just happened — Emmett Till was killed in 1955 at 14 years old.“

Cassius wrote a short story about that, which was incorporated into the fifth hour of “Shots Fired.”

“It’s an issue that we had really been dealing with with our kids,” said Reggie, whose grandfather, a police officer, taught him how to drive and “what to do when — not if — a racist cop pulls you over. It’s something that has already been a part of our fabric.”

“It really did just elevate the overall presence and enthusiasm for the show,” said Calfo. “Because it’s so hard to get noticed. There’s so much great stuff being done.”

Grazer isn’t the only one who was surprised to learn that, yes, the film festival does screen a few TV projects.

“Honestly, it blew me away,” said James. “I was like, ‘Wow, we really made our 10-hour movie and now it’s going to be at a film festival.’ I think it’s incredible.”

The Bythewoods worked their contacts at the film festival, and it certainly didn’t hurt that “Shots Fired” feels so current. During filming, a white police officer shot and killed Philando Castile, a black man, during a traffic stop in Minnesota.

“I remember Gina had to come and console me the day of the Philando Castile situation,” said Wilds, “because that day I had to put on my uniform and I couldn’t even stand to look at it.“

“It’s about speaking to the truth,” Prince-Bythewood said. “It’s very easy for people to watch the news and see a piece about a shooting, and if you don’t identify with who’s on the screen, you turn it off. So we felt the best way to address this issue for us and to get people who don’t normally go through this issue to understand was to give them a way in and give them a way to understand.”

“Shots Fired” isn’t competing for any prizes at Sundance — there’s no TV competition at the film festival — but the feeling is that screening there “kind of validated us, even though we’ve been operating on this kind of personal passion on this project,” Calfo said. “And then to get that feeling — ‘We’re going to Sundance? With a TV show? This is amazing.’ It was a huge celebration.“